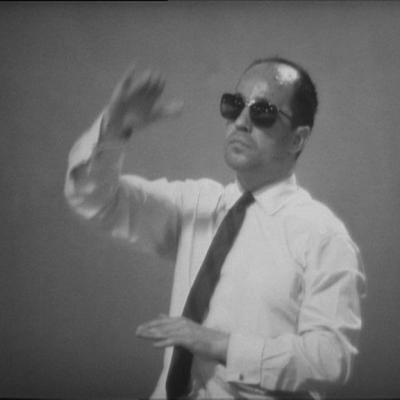 Classic Archive presents Pierre Boulez conducting works by Claude Debussy, a composer he considered as “[his] constant guide, [his] greatest, [his] permanent model”. In 1966 first of all, with the New Philharmonic Orchestra, he interprets Jeux, the last and no doubt the boldest orchestral piece by Debussy, at a period which marked for the conductor the beginning of his self-imposed exile from French musical life as a reaction against the policy of the then minister of culture, André Malraux. Jeux, through its work on formal deconstruction and at the same time with its increased focus on questions of resonance, is a part of the pieces that have had the greatest influence on Boulez in his own work as a composer. The viewer may be surprised to see Pierre Boulez conducting wearing sun glasses but the conductor, who was suffering from facial shingles which made him extremely sensitive to light, wanted to carry out the scheduled recording. However, in no way does this prevent us from benefiting from his highly characteristic technique as a conductor. Eight years later, in 1974, it is with Debussy once again that we see Pierre Boulez at the head of the BBC Symphony Orchestra, of which he was the main conductor. Although the way Images is written is not as revolutionary as Jeux, sometimes even giving into an Hispanicism that was then fashionable, Boulez, through the clarity of his conducting, proves to us that the piece also played its part in the “corruption of accepted standards in sound” that Debussy was responsible for, according to Boulez.