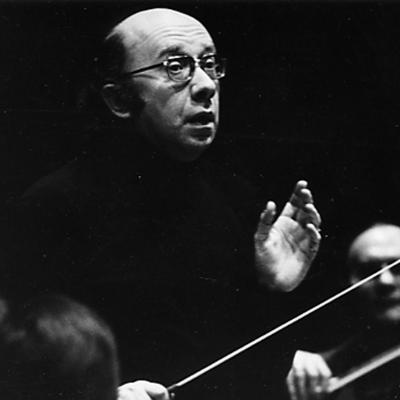 Gennady Rozhdestvensky was the first Russian conductor to be appointed head of major Western orchestras such as the BBC Symphony Orchestra 1978-81 and the Vienna Symphony Orchestra from 1981. Born in 1931, he made his début at the Bolshoi a year before Stalin’s death. He is deeply committed to contemporary music and was a close friend of such great composers as Shostakovich and Schnittke. He also championed Prokofiev’s later works, which had been banned until then. These recordings of Rimsky-Korsakov, Rachmaninov and Shostakovich made in London in 1978 are an illustration of his work as a champion of Russian orchestral music. The insightful beauty and the colour and rhythm of his interpretations have helped to make Russian repertoire a favourite among central European audiences. Gennady Rozhdestvensky enchants orchestras and audiences alike with the magic of his baton: witty and implacable, easy-going by nature, he draws his inspiration directly from the compositions.