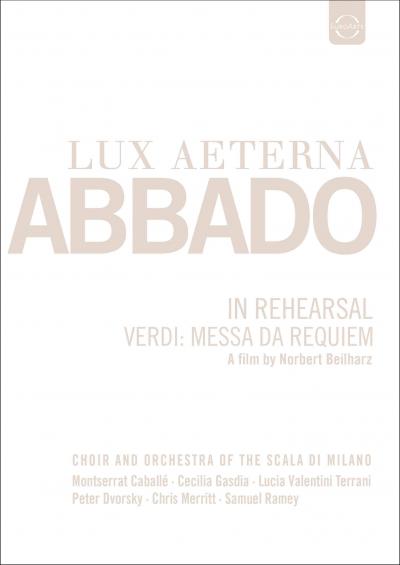 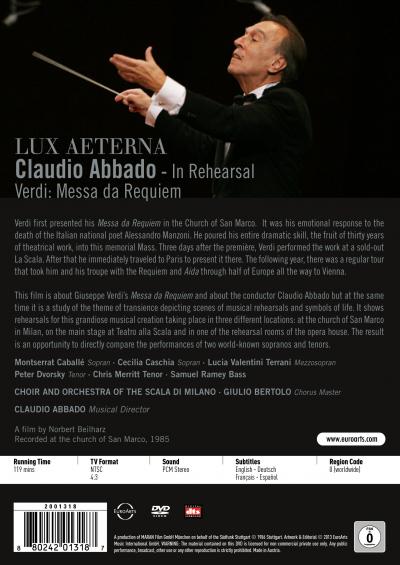 Verdi first presented his Messa da Requiem in the Church of San Marco. It was his emotional response to the death of the Italian national poet Alessandro Manzoni. He poured his entire dramatic skill, the fruit of thirty years of theatrical work, into this memorial Mass. Three days after the première, Verdi performed the work at a sold-out La Scala. After that he immediately traveled to Paris to present it there. The following year, there was a regular tour that took him and his troupe with the Requiem and Aida through half of Europe all the way to Vienna. This film is about Giuseppe Verdi’s Messa da Requiem and about the conductor Claudio Abbado but at the same time it is a study of the theme of transience depicting scenes of musical rehearsals and symbols of life. It shows rehearsals for this grandiose musical creation taking place in three different locations: at the church of San Marco in Milan, on the main stage at Teatro alla Scala and in one of the rehearsal rooms of the opera house. The result is an opportunity to directly compare the performances of two world-known sopranos and tenors.A film by Norbert Beilharz. Recorded at the church of San Marco, 1985