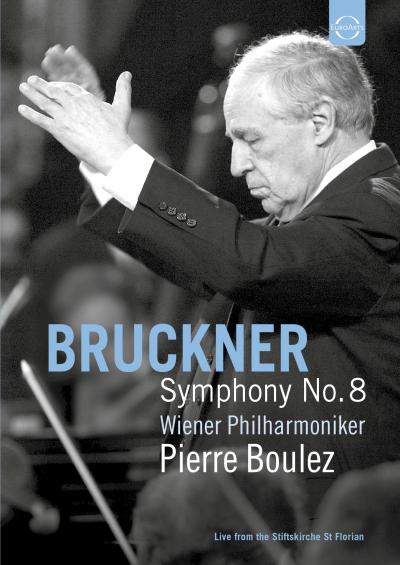 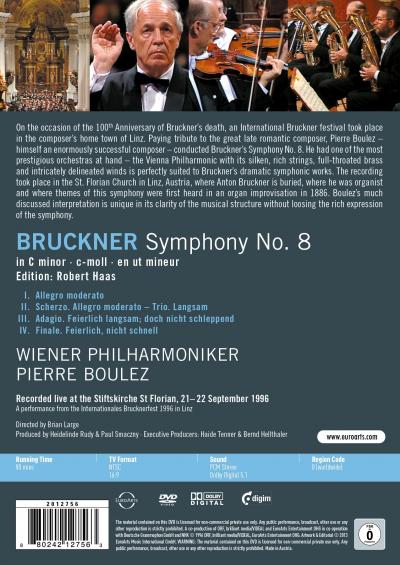 On the occasion of the 100th Anniversary of Bruckner's death, an International Bruckner festival took place in the composer’s home town of Linz. Paying tribute to the great late romantic composer, Pierre Boulez – himself an enormously successful composer – conducted Bruckner's Symphony No. 8. He had one of the most prestigious orchestras at hand – the Vienna Philharmonic with its silken, rich strings, full-throated brass and intricately delineated winds is perfectly suited to Bruckner’s dramatic symphonic works.
The recording took place in the St. Florian Church in Linz, Austria, where Anton Bruckner is buried, where he was organist and where themes of this symphony were first heard in an organ improvisation in 1886.
Boulez's much discussed interpretation is unique in its clarity of the musical structure without loosing the rich expression of the symphony.
This concert was a musical event and this DVDs enables the listener to relive it again.