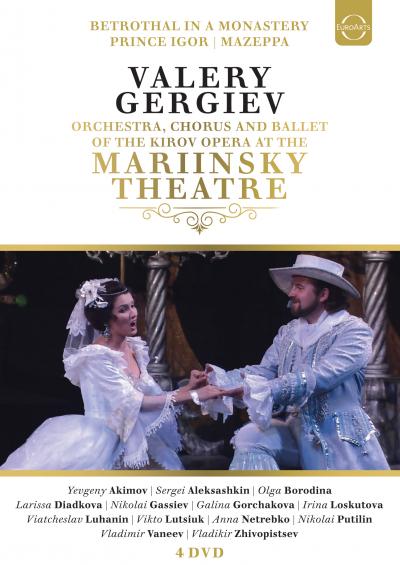 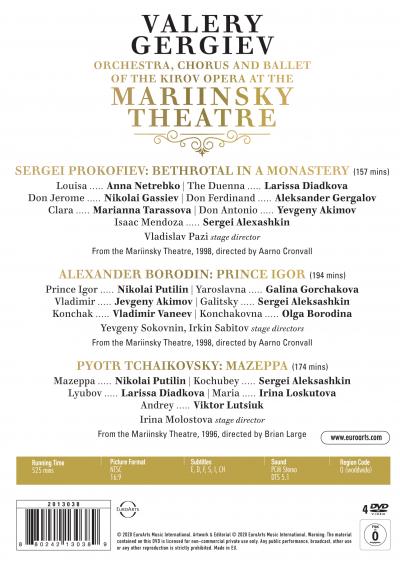 Mazeppa and Prince Igor illustrate a historical drama about war, death and passion, set in Czarist Russia, while Betrothal in a Monastery takes a fun look at the confusions of love in a feudal Spain – lessons in history and a romantic story, side by side. Featuring powerful performances by world-class soloists such as Nikolai Putilin, Galina Gorchakova, Larissa Diadkova and Anna Netrebko.

Classic staging, faithful to the score and performed at the Mariinsky Theatre in St. Petersburg, Russia, formerly known as the Kirov Theatre, a venue that’s as full of history as the three operas are themselves.

Sergei Prokofiev: Betrothal in a Monastery