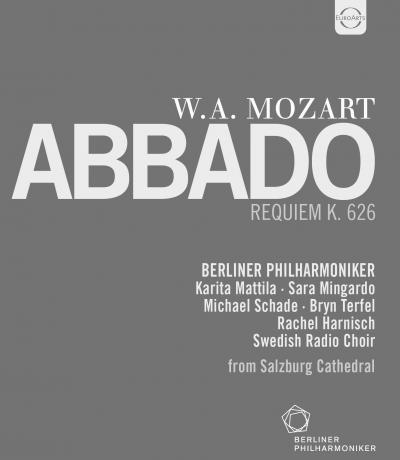 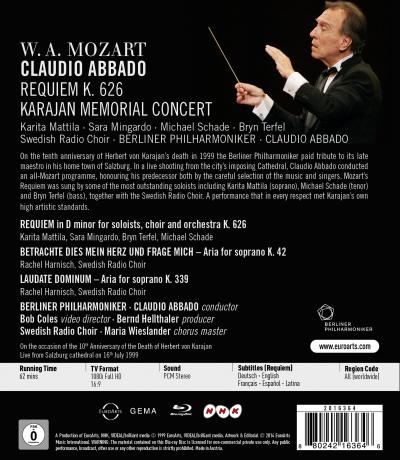 On July 16, 1999, the tenth anniversary of the death of Herbert von Karajan, the Berliner Philharmoniker paid tribute to their late maestro in his home town of Salzburg. In a live shooting from the imposing Salzburg Cathedral, Claudio Abbado conducted an all- Mozart programme, honouring his predecessor both by the careful selection of the music and the singers. The Berliner Philharmoniker, conducted by Claudio Abbado, performed Mozart's Requiem in D minor, KV 626, among other works. Soprano Rachel Harnisch appeared as the soloist on the two complementing arias Betrachte dies mein Herz und frage mich and Laudate Dominum. Featuring soprano Karita Mattila, contralto Sara Mingardo, tenor Michael Schade and bass baritone Bryn Terfel as soloists of the Requiem. A performance that in every respect met Karajan's own high artistic standards. Lovingly restored and carefully brought to HD, this unique performance of the Berliner Philharmoniker at Salzburg Cathedral is now finally available on Blu-ray Disc.