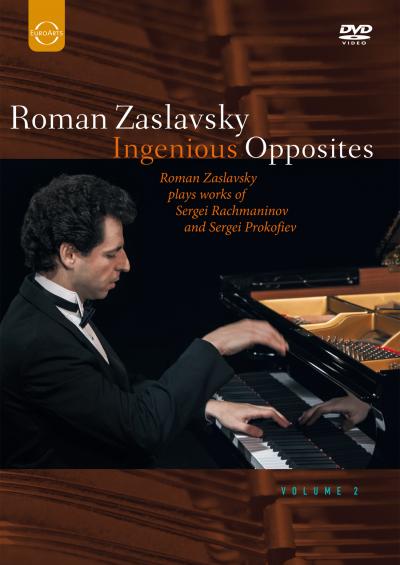 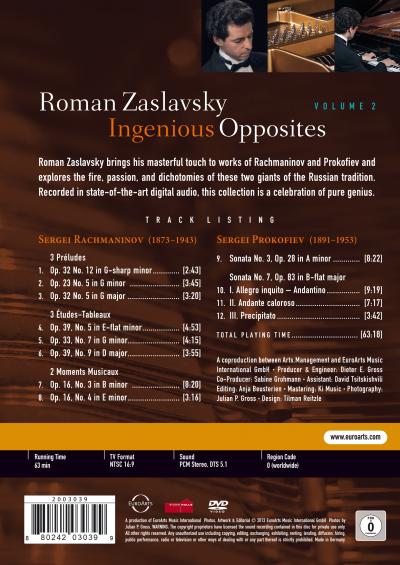 Roman Zaslavsky is a master of piano technique that espouses nuance without resorting to arbitrary mannerisms. He first gained recognition by taking 1st prize - the Primer Gran Premio - at the José Iturbi International Music Competition in Valencia, Spain and concert tours brought him around the globe with rave reviews after performances in Israel, Germany, Netherlands, France, Japan, Canada and Latin America. Ingenious Opposites Vol.2 (Volume 1 is available on Blu-ray Audio) presents two composers, Sergei Rachmaninov and Sergei Prokofiev, who were very different though being contemporaries. Just like Robert Schumann and Franz Liszt, they knew each other well and met quite often. They were both, composers and piano virtusosos, who experienced the turn of the 19th century into the 20th, but in spite of their common background, they reacted very differently to the new movements of that time and intentionally chose completely different paths: Prokofiev was open for the new, wanted to finish with Romanticism and turned towards Modernism, while Rachmaninov was rooted in Romantiscism and continued this tradition in his own way. In presenting their music side by side we can experience their reactions to the changes of their times.