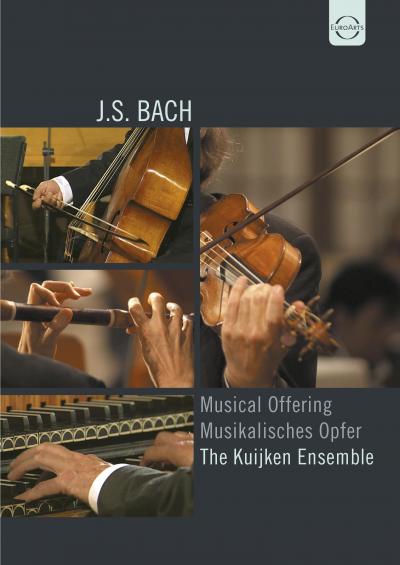 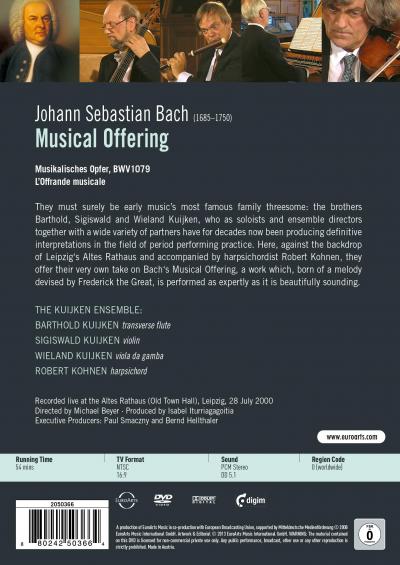 The Kuijken Ensemble, made up of the three Belgian Kuijken brothers on flute, violin and viola da gamba and the harpsichordist Robert Kohnen count among the most distinguished of all present-day early-music specialists. They have long since branched out into conducting and other far-reaching ways of propagating authentic Baroque style. But they are each masters of a different set of instruments, so their occasional reunions for concerts become genuine occasions.
With The Musical Offering, played here in a rigorously reduced scoring, they demonstrate their great flair for style and their long-standing experience and although they don’t look at all alike, their shared musical heritage is audible.
Bach’s late masterpiece ‘The Musical Offering’ (1747) is a musical homage written on the occasion of Bach’s visit to King Frederick the Great of Prussia in Potsdam. Recorded in the beautiful setting of the historical Old Town Hall in Leipzig during the Bach anniversary year in 2000, the film captures some of the atmosphere of Bach’s times.