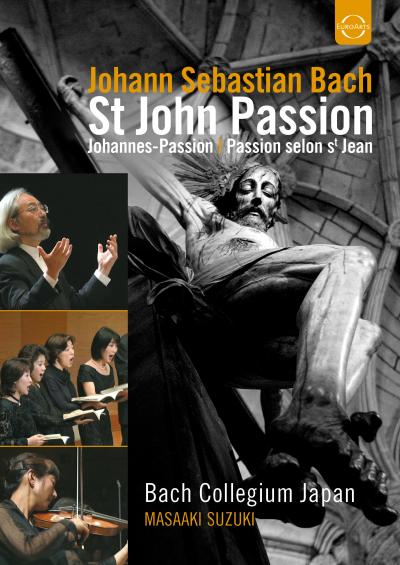 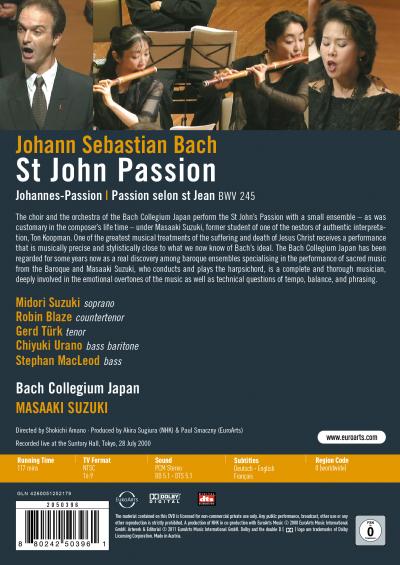 The choir and the orchestra of the Bach Collegium Japan perform the St John's Passion with a small ensemble - as was customary in the composer’s life time - under Masaaki Suzuki, former student of one of the nestors of authentic interpretation, Ton Koopman. One of the greatest musical treatments of the suffering and death of Jesus Christ receives a performance that is musically precise and stylistically close to what we now know of Bach's ideal. The Bach Collegium Japan has been regarded for some years now as a real discovery among baroque ensembles specialising in the performance of sacred music from the Baroque and Masaaki Suzuki, who conducts and plays the harpsichord, is a complete and thorough musician, deeply involved in the emotional overtones of the music as well as technical questions of tempo, balance, and phrasing. Recorded live from The Suntory Hall in Tokyo/Japan during the Bach Anniversary Year 2000 on the occasion of the 250th anniversary of the death of J.S.Bach, the state-of-the-art DVD recording introduces the viewer to one of Bach’s most important sacred works. In the EuroArts series “Invitation” it comes at an attractive midprice offer.