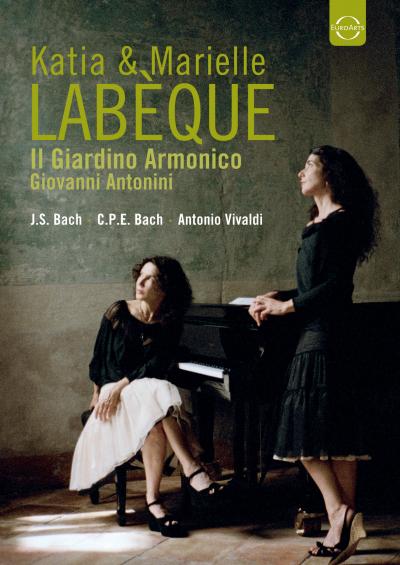 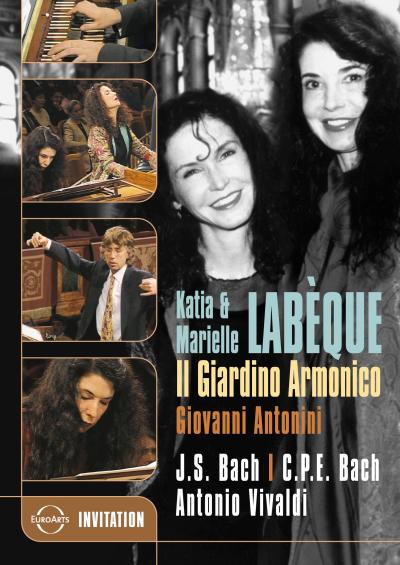 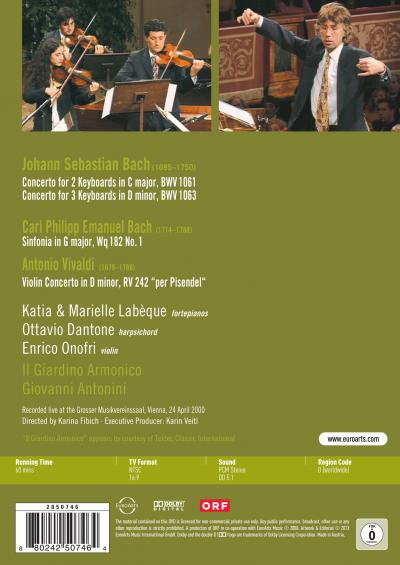 Katia and Marielle Labèque received their first piano tuition at ages three and five and the sisters are famous for their unusual duo precision, their great musicality and the breadth of their repertoire. In this concert they perform with Il Giardino Armonico, a leading Italian ensembles specializing in period performing practice. Katia and Marielle Labèque throw themselves into the works with their typical verve and enthusiasm, demonstrating symbiotic synchrony and outstanding technique. With its unmistakable sound Il Giardino Armonico is one of today's most notable Baroque ensembles. Colourful, individualistic and stylish, it has won an enthusiastic international following and truly excels in performing Baroque music for a 21st century audience.
The programme includes a wide variety of music by three different composers, all performed on historical instruments at the Vienna Musik Verein. One of the unique elements of this performance – recorded in the Bach Anniversary year 2000 - is the use of the fortepiano for Bach's keyboard concertos. This instrument, which Bach undoubtedly knew, and probably owned, is rarely used in Bach performances, yet the sound it offers is far more interesting than a modern piano. Together with concertos by Bach’s most famous son, Carl Philipp Emanuel, and Antonio Vivaldi the Labèque sisters present an evening of attractive music.