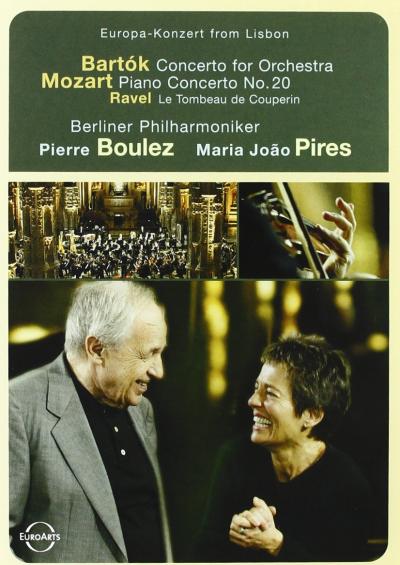 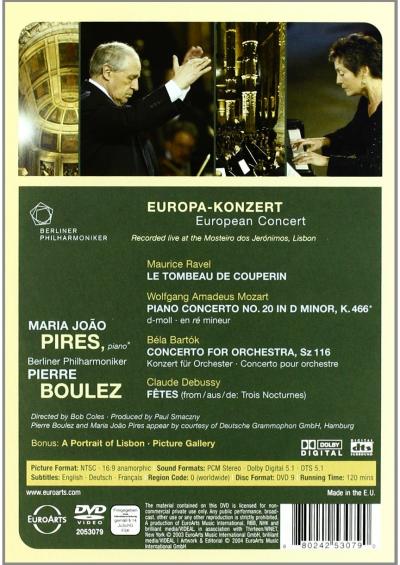 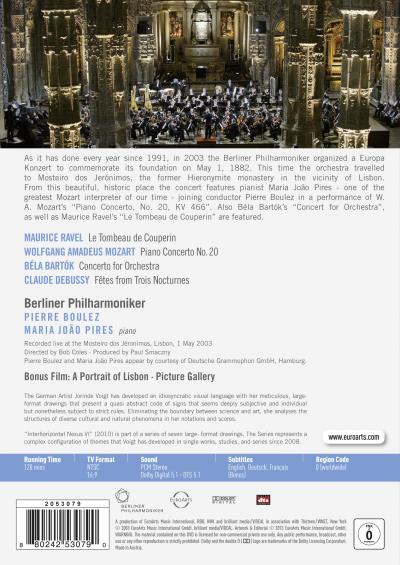 The marvellous Portuguese pianist Maria João Pires was joined by Pierre Boulez and the Berlin Philharmonic for the European Concert 2003. Since 1991, when the Berlin Philharmonic gave their first European Concert, this annual musical summit in important cultural cities has become a brand name for excellent musicianship and high quality recorded music films. This concert came from Lisbon and took place in a spectacular location, the ‘Mosteiro dos Jerónimos’ – an impressive monastery built in the early 16th century and a UNESCO-accredited World Heritage Site. The programme included Bartók’s Concerto for Orchestra and Mozart’s Piano Concerto No.20 – a perfect programme choice, as Maria João Pires is a sought-after Mozart pianist and Pierre Boulez enjoys an excellent reputation as one of the greatest Bartók conductors ever. The DVD comes in 5.1 surround sound in Dolby Digital and DTS in widescreen 16:9 ratio and features a portrait of Lisbon and a “behind-the-scenes” picture gallery as a bonus.