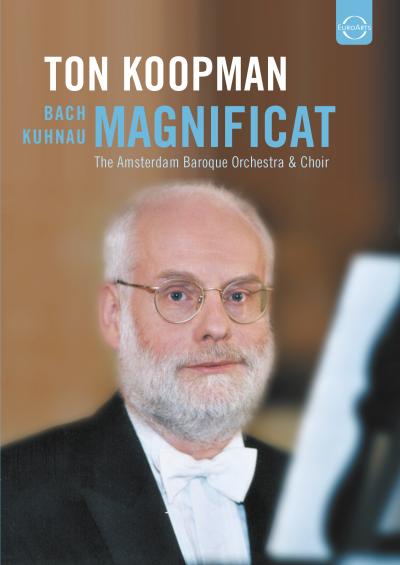 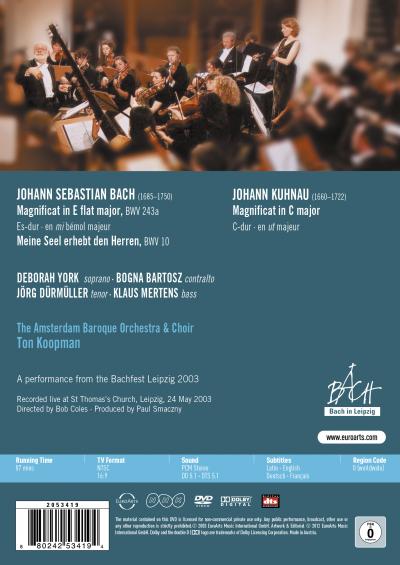 Ton Koopman, a leading authority on Baroque music, gathered his favourite orchestra and eminent Baroque singers for a concert focusing on the Magnificat, the traditional prayer said by the Virgin Mary after hearing that she would bear God’s son.
Bach’s Magnificat – his greatest choral work – is programmed together with one of his most beautiful cantatas and a lesser-known baroque gem by Bach’s predecessor at St. Thomas’ Church, Johann Kuhnau, to form a concert in honour of the spiritual power of Baroque music.
The concert was performed at St. Thomas’ in Leipzig, the church for which Bach conceived most of his works. The recording captures the atmosphere of the impressive church and shows the musicians “at work”. The film also focuses on Ton Koopman, offering insights into his friendly and encouraging conducting style.