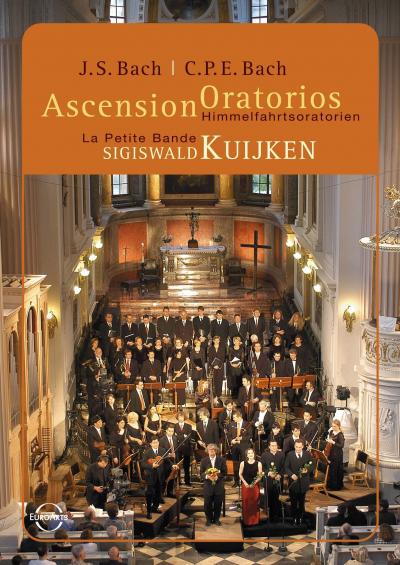 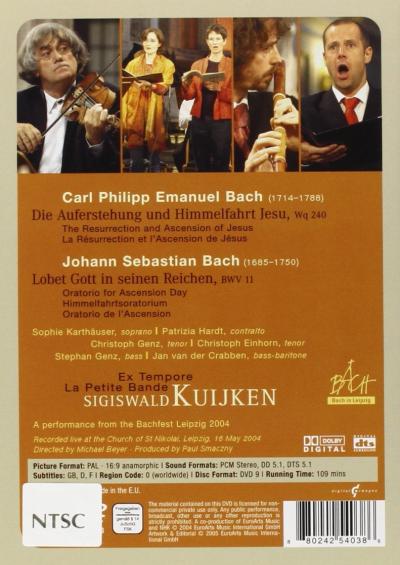 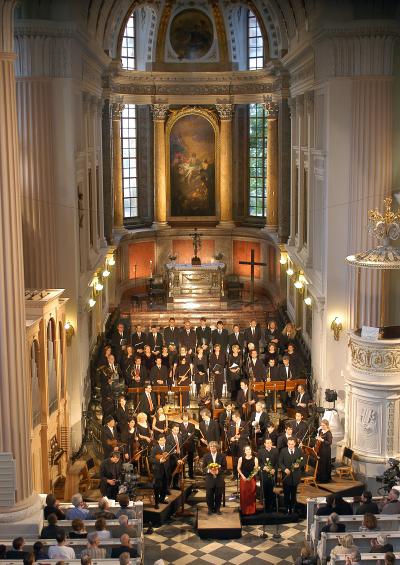 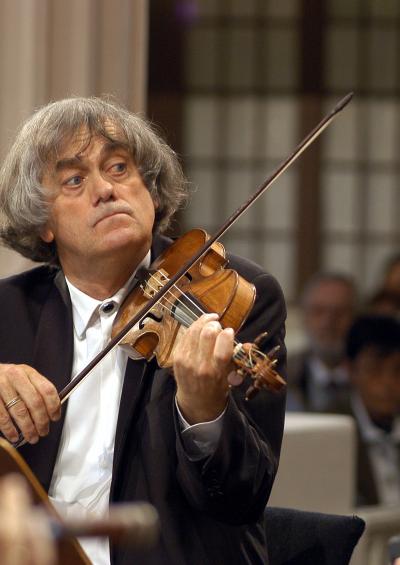 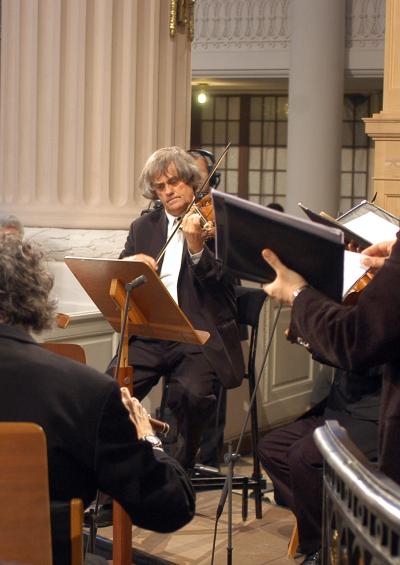 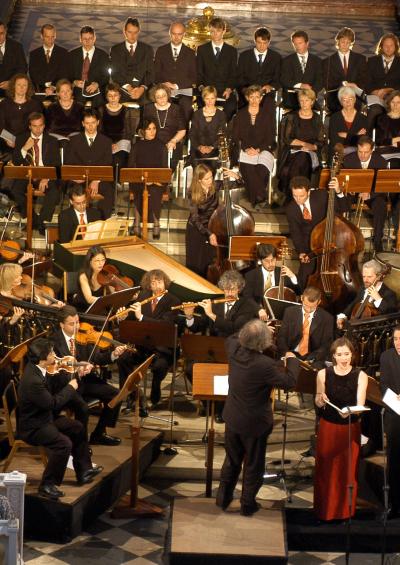 Dutch conductor Sigiswald Kuijken presents the two Ascension Oratorios by father and son Bach. Johann Sebastian Bach’s work was first performed in Leipzig on Ascension Day in 1735. The text mixes biblical and poetic material. Recorded live at the beautiful Church of St. Nikolai in Leipzig 2004, one of the venues in Leipzig for which J.S. Bach conceived many of his works, the DVD comes close to the atmosphere of the first performance, thus creating a feast of Baroque music surrounded by the beauty of a gothic cathedral. Sigiswald Kuijken is widely accepted as a leading authority on Baroque music. Together with “La Petite Bande”, an outstanding orchestra for early music, the chamber choir “Ex Tempore”, specialists in music of the 17th and 18th century and a cast of very refined soloists, he celebrates two remarkable vocal works by Johann Sebastian Bach and his most famous son, Carl Philipp Emmanuel Bach.