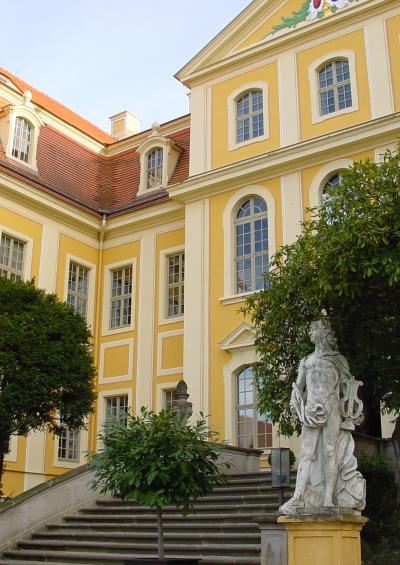 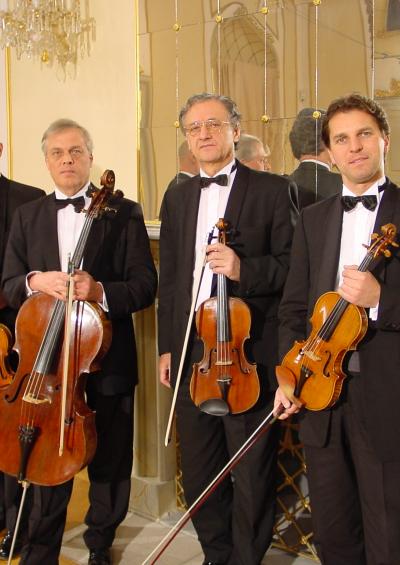 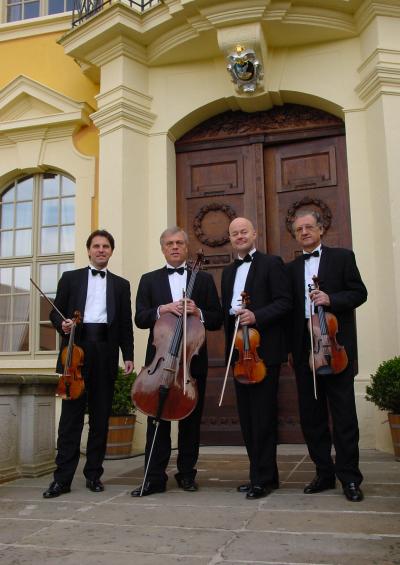 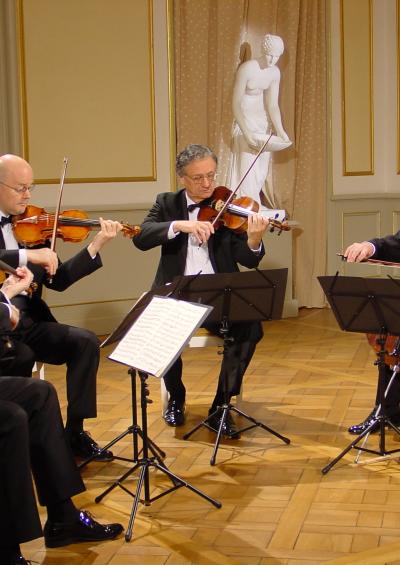 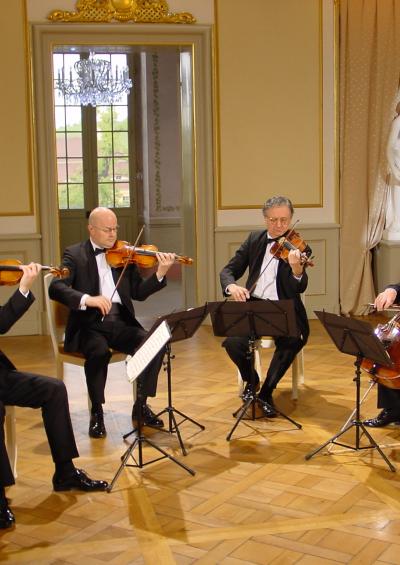 In celebration of the Mozart Year – the anniversary of the composers 250th birthday would have been on 27 January 2006 – EuroArts releases a DVD with Mozart’s most famous works for string quartet and the serenade “Eine kleine Nachtmusik” for string quintet.
Recorded at the beautiful baroque palace Rammenau, Saxony in May 2005, the DVD features the longest established string quartet in the world, the Gewandhaus Quartet. Founded in 1808, the Quartet can be seen as a remarkable part of the western history of music, having continued its concert activity uninterrupted from generation to generation with great success for almost 200 years. The current line-up has been playing together since 1993 and was formed, as the tradition goes, from the concertmasters, solo violist and solo cellist of the Leipzig Gewandhaus Orchestra. In cooperation with EuroArts Music the four musicians also recorded compositions by Haydn, Beethoven, Schubert, Mendelssohn and Mozart for audiovisual music productions.