Mozart: The Great Mass - A Ballet by Uwe Scholz 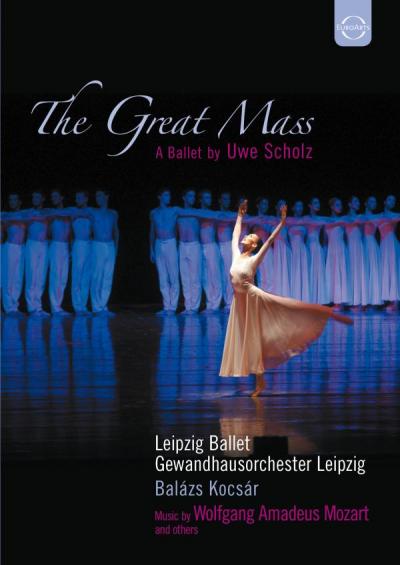 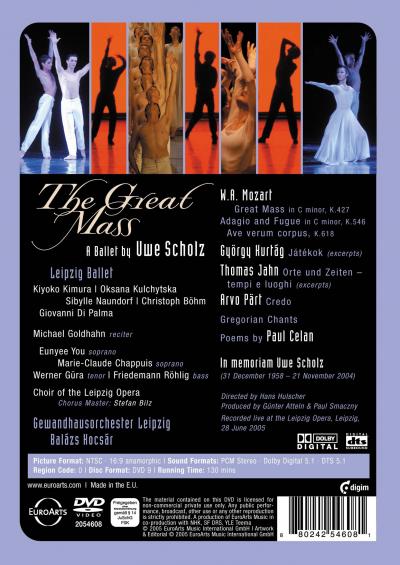 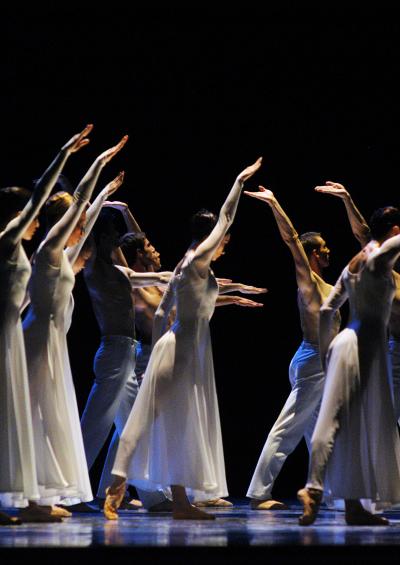 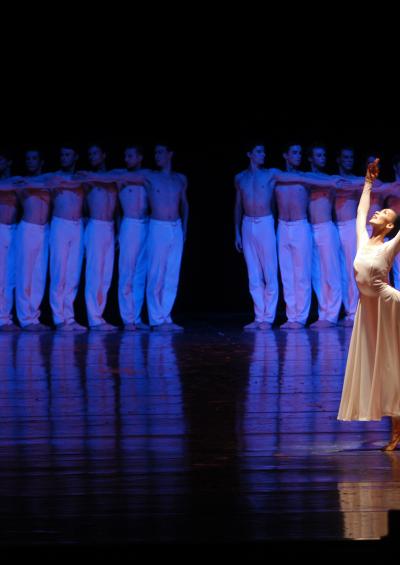 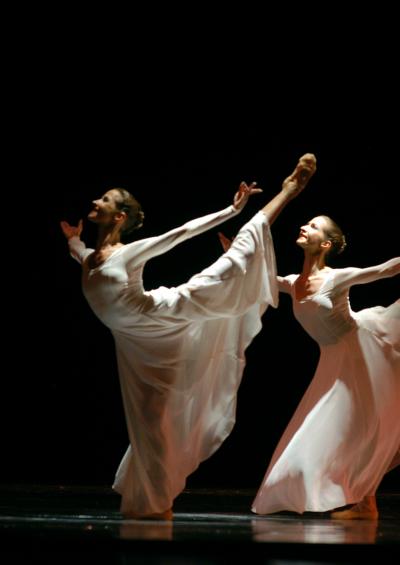 Uwe Scholz, ballet director in Leipzig, was hailed as one of the most brilliant choreographic minds of his generation when he died in November 2004 at the early age of 45. His ballet “The Great Mass” is one of the most impressive works of this important neoclassical Choreographer - a requiem, a choreographic revelation and certainly his grand legacy to the Leipzig ballet. The full length Choreography, here recorded at the Leipzig Opera in a performance in June 2005, takes its name from Mozart's famous unfinished Mass in C minor. It absorbs the structure of the liturgy of the mass and adds other works by Mozart as well as passages of Gregorian chant, and sequences from contemporary music by György Kurtág, Thomas Jahn and Arvo Pärt and readings of poems by Paul Celan. Internationally famous soloists from the Leipzig Ballet, among them Kiyoko Kimura, Christoph Böhm and Oksana Kulchytska, take on the leading roles and the staging proves the ensemble to be one of the best ballet companies worldwide.