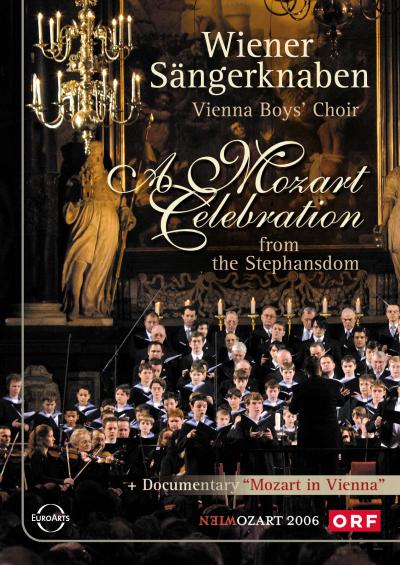 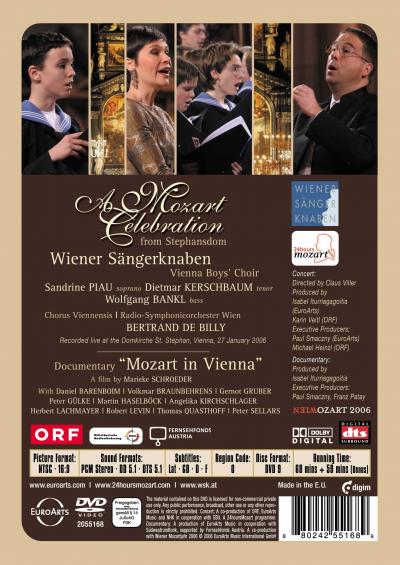 This disc captures the Vienna Boys’ Choir’s fitting celebration of Mozart’s 250th birthday in January 2006. Together with well known Mozart interpreters like Sandrine Piau, they sing Mozart’s finest sacred works, including the Coronation Mass. The Choir is one of the best-known musical institutions in Vienna. Since its founding over 500 years ago, it has been a significant fixture in musical life worldwide. Many famous composers and musicians had close ties to the Vienna Boys’ Choir - Joseph Haydn and Franz Schubert were even members of the choir as children and Mozart, while not a choirboy himself, did perform with the choir. The venue is St. Stephen’s Cathedral, where Mozart and his wife were married, where one of their sons was christened and where the funeral ceremony after Mozart’s death took place. In addition to the celebratory concert, recorded in beautiful surroundings, the 60 minute documentary bonus film “Mozart in Vienna” explores the most critical years of Mozart’s life. Exploring Vienna’s Mozart sites such as the House at Domgasse 5 ("Figaro-Haus"), the Theater an der Wien and the Cathedral, it sheds light on the special relationship between Mozart and Vienna.