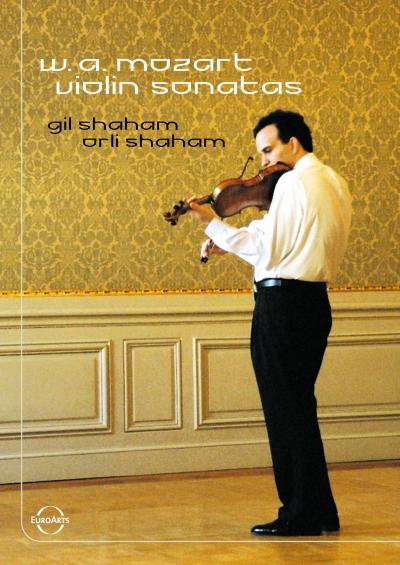 As their personal tribute to Mozart in his anniversary year 2006, Gil & Orli Shaham performed a selection of violin sonatas by the Austrian master in the Palais Daun-Kinsky in Vienna.
Brimming with energy and bravery, tempered only by a deep understanding of the music, the siblings paid their respect to the composer on his 250th birthday.
Violinist Gil Shaham is internationally recognized as a virtuosic and engaging classical artists by both audiences and critics alike. He is sought after throughout the world for concerto appearances with celebrated orchestras and conductors, as well as for recital and ensemble appearances on the great concert stages and at the most prestigious festivals. His sister Orli has established an impressive international reputation as a gifted pianist. Although they were born less than five years apart, the siblings seldom appear together in public. Apparently, their parents discouraged them from doing so, since Orli, as she explains, was "just ready to come out of the sandbox" when Gil was already having a big career. This DVD finally brings them together in a recording.