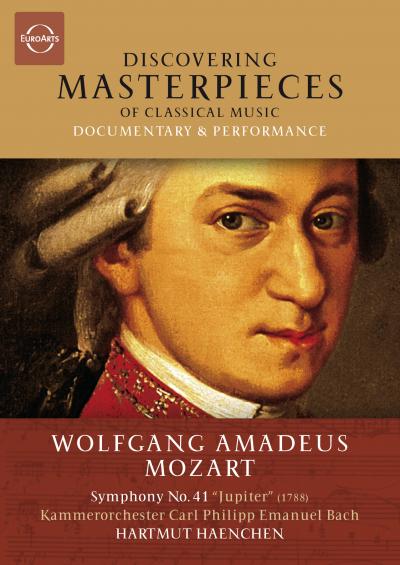 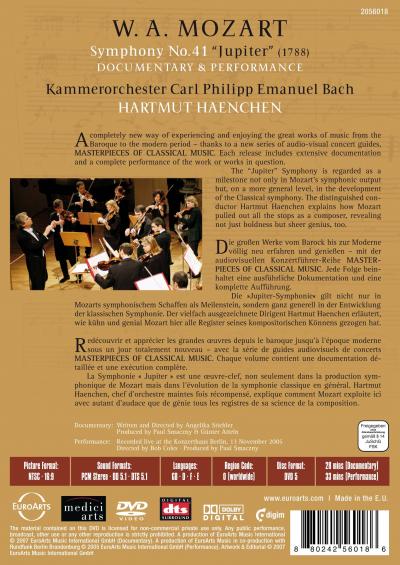 At an attractive mid-range price, EuroArts presents audio-visual concert guides to masterpieces of classical music. They allow the listener to experience and enjoy great music from the Baroque period up to the present day in an entirely new way, offering a combination of documentary material and a complete performance of the featured work. The Berlin and Vienna Philharmonic Orchestras, the Gewandhaus Orchestra and other eminent musical bodies join forces with acclaimed experts, famous soloists and outstanding conductors to highlight the distinctive features of twenty famous masterpieces by the most important composers through first class concert recordings. Each introductory feature is clearly designed and provides abundant information. Examples from the musical score help the viewer to follow the themes and rhythms and to understand the structure of the work. New film material documenting the birthplaces of the composers and locations of composition is combined with historic film material, works of art and original manuscripts. It allows the viewer to embark on a journey back to the time and place of composition and informs him about the life of the composer while providing a complete introduction to the work. Recorded live at the Konzerthaus Berlin in November 2005, the series continues with the Berlin-based Kammerorchester C.P.E. Bach under its musical director Hartmut Haenchen. It presents Mozart’s “Jupiter Symphony”, his 41st, composed in 1788 and regarded as the epitome of the classical symphonic form. Next in the series will be Mendelssohn’s Concerto for Violin and Orchestra, to be released in September 2007.