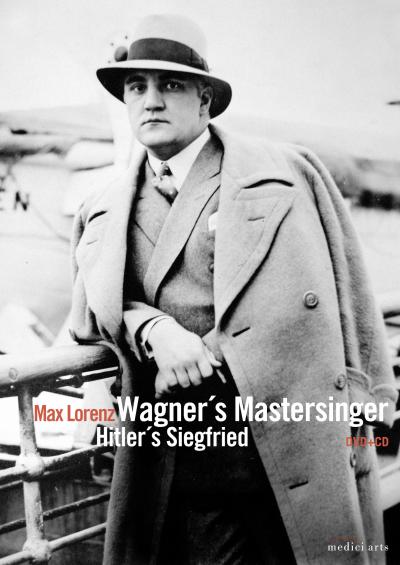 Max Lorenz was at the height of his career as a heldentenor in 1941. As a homosexual with a Jewish wife in Nazi Germany, he would have faced deportation. However, as Hitler’s favourite tenor and a symbol of his times, he was protected by Hitler and Göring. This gripping, well - researched documentary which is nominated for the FIPA festival boasts original footage of Max Lorenz, Haus Wahnfried and Hitler’s visits to Bayreuth (e.g. the first coloured picture of Hitler). Includes interviews with great artists such as Dietrich Fischer-Dieskau and René Kollo. Includes a CD with previously unreleased material of Max Lorenz’ Siegfried interpretation.