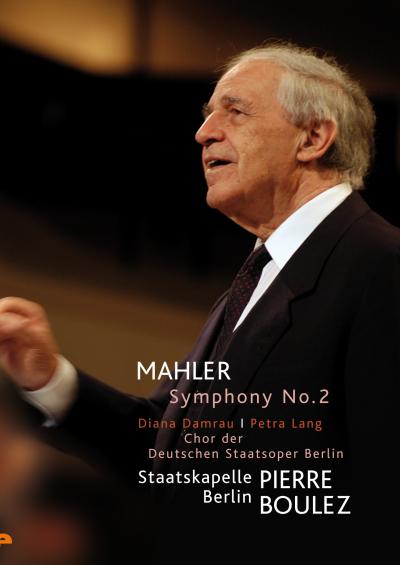 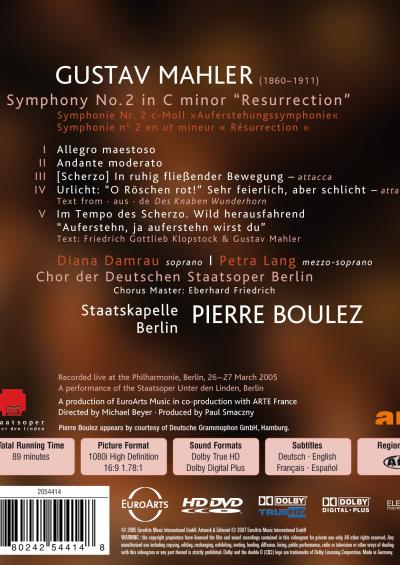 In 2005, the Staatsoper Berlin and its orchestra, the Staatskapelle Berlin under musical director Daniel Barenboim, celebrated a series of events to celebrate the 80th birthday of French conductor and composer Pierre Boulez. Artistically associated for decades with Barenboim and Berlin, Pierre Boulez is one of today’s most distinguished composers and conductors. As part of the celebration, Boulez conducted a performance of Mahler’s “Resurrection” Symphony at the Berlin Philharmonie. With his uncompromising approach to the score, Pierre Boulez’s Mahler readings have long fascinated critics and audiences alike. Boulez eschews the romanticized readings common in performance tradition and, instead, reveals the real joy and terror in Mahler’s large-scale symphonies. The Berlin Staatskapelle, singers Diana Damrau and Petra Lang and the Berlin State Opera Chorus joined forces to bring his vision of this gargantuan piece to life. Watching Boulez conducting on his 80th birthday is truly an experience, and his interpretation presents a new perspective on a much-loved symphony.

Symphony No.2 in C minor "Resurrection"