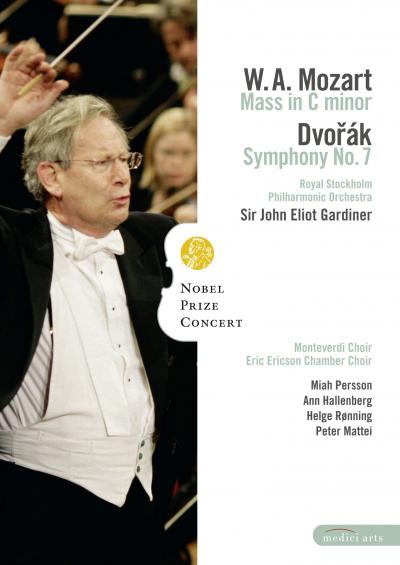 The Nobel Prize Concert 2008 was a world-class event featuring a marvellous array of performers: Sir John Eliot Gardiner, one of today’s most respected conductors,
his legendary Monteverdi Choir with the Eric Ericson Chamber Choir and the Royal Stockholm Philharmonic Orchestra, both playing a central role in Swedish and
international music circles, as well as an ensemble of dazzling and renowned soloists.
As one of the annual highlights of Nobel Week, this concert was eagerly awaited by music lovers all over the world. Nominee of the 2010 Midem Classical Awards.