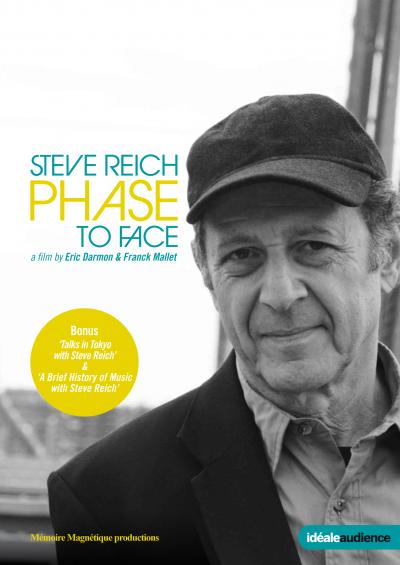 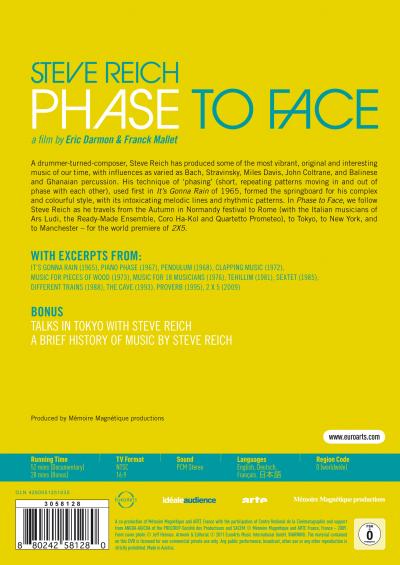 A drummer-turned-composer, Steve Reich has produced some of the most vibrant, original and interesting music of our time, with influences as varied as Bach, Stravinsky, Miles Davis, John Coltrane, and Balinese and Ghanaian percussion. His technique of ‘phasing’ (short, repeating patterns moving in and out of phase with each other), used first in It’s Gonna Rain of 1965, formed the springboard for his complex and colourful style, with its intoxicating melodic lines and rhythmic patterns. In Phase to Face, we follow Steve Reich as he travels from the Autumn in Normandy festival to Rome (with the Italian musicians of Ars Ludi, the Ready-Made Ensemble, Coro Ha-Kol and Quartetto Prometeo), to Tokyo, to New York, and to Manchester – for the world premiere of 2X5.