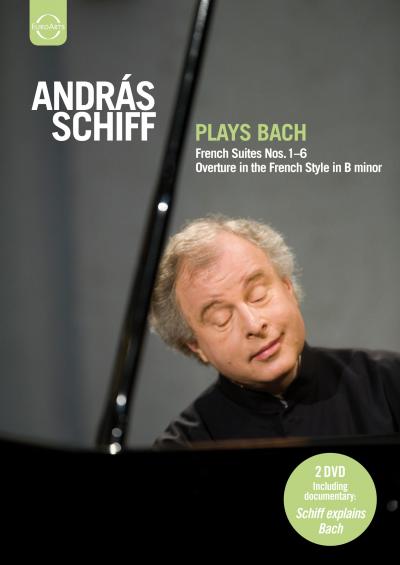 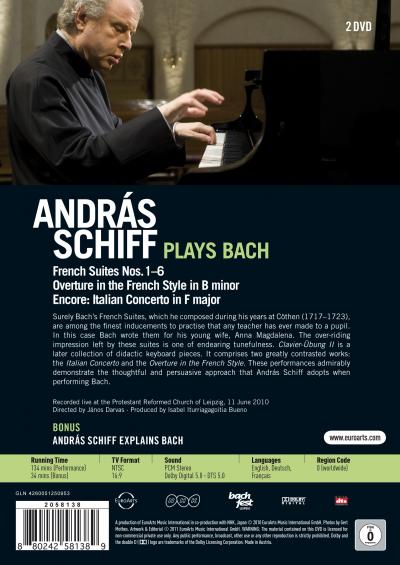 Surely Bach’s French Suites, which he composed during his years at Cöthen (1717–1723), are among the finest inducements to practise that any teacher has ever made to a pupil. In this case Bach wrote them for his young wife, Anna Magdalena. The over-riding impression left by these suites is one of endearing tunefulness. Clavier-Übung II is a later collection of didactic keyboard pieces. It comprises two greatly contrasted works: the Italian Concerto and the Overture in the French Style. These performances admirably demonstrate the thoughtful and persuasive approach that András Schiff adopts when performing Bach. Recorded live at the Bachfest 2010, Protestant Reformed Church of Leipzig, 11 June 2010

Reviews
“Shiff’s flexible tempo style that results from his thinking in the bigger picture, is perhaps the most compelling aspect of his pianism. Here
someone manages the seemingly impossible synthesis of delicate sparkling single notes and much more widely thought architecture.
A music that seems to reach into infinity, funny as Scarlatti or Haydn distinguished, witty - and uplifting beautiful.
Leipziger Volkszeitung