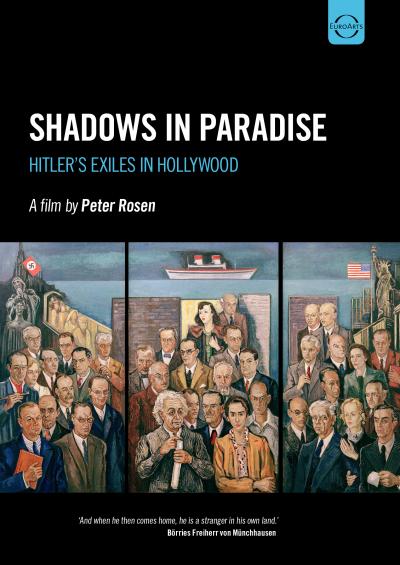 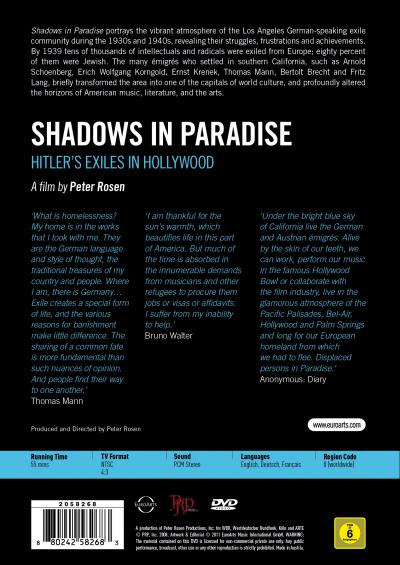 The film "Shadows in Paradise" portrays the vibrant atmosphere of the Los Angeles German-speaking exile community during the 1930s and 1940s, revealing their struggles, frustrations and achievements. By 1939 tens of thousands of intellectuals and radicals were exiled from Europe; eighty percent of them were Jewish. The many émigrés who settled in southern California, such as Arnold Schoenberg, Erich Wolfgang Korngold, Ernst Krenek, Thomas Mann, Bertolt Brecht and Fritz Lang, briefly transformed the area into one of the capitals of world culture, and profoundly altered the horizons of American music, literature, and the arts. Produced and Directed by Peter Rosen.