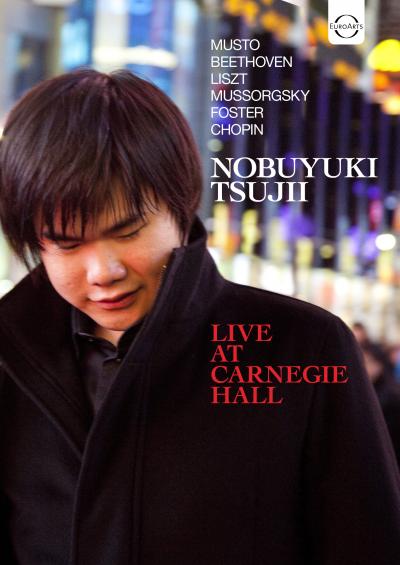 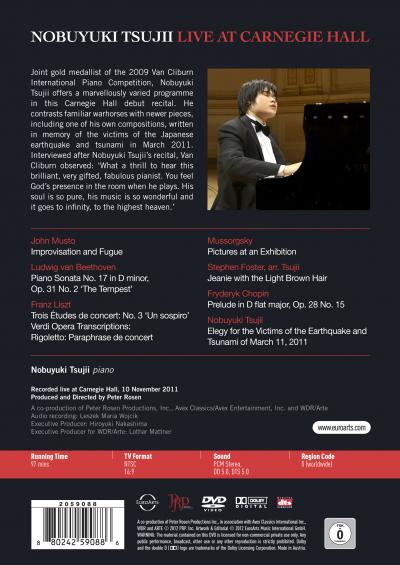 When Nobuyuki Tsujii, the co-winner of the Gold Medal of the 2009 Van Cliburn International Piano Competition appeared on the stage for his Carnegie Hall debut, his dream had come true. The most important event in the career of any performer, for “Nobu” it was a miracle. Blind from birth, his handicap, if a drawback at all, never affected his ability to play the piano. This performance is an inspiration to all people who face disabilities, hurdles, or obstacles in life. Interviewed after Nobuyuki Tsujii’s recital, Van Cliburn observed: ‘What a thrill to hear this brilliant, very gifted, fabulous pianist. You feel God’s presence in the room when he plays. His soul is so pure, his music is so wonderful and it goes to infinity, to the highest heaven.’ Recorded live at Carnegie Hall, 10 November 2011. Produced and Directed by Peter Rosen.