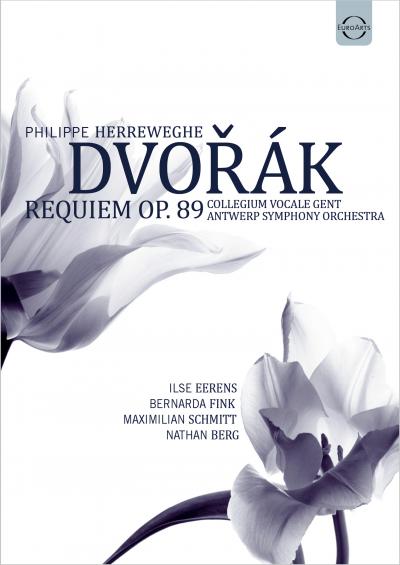 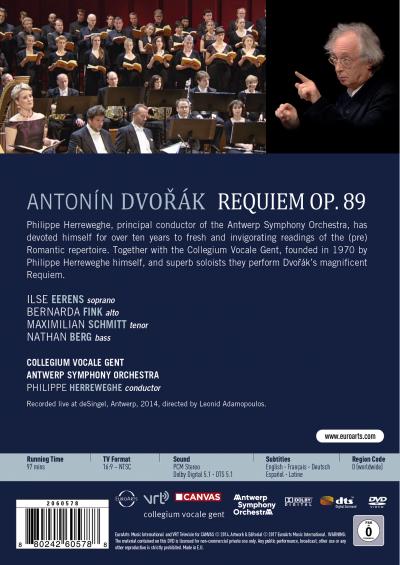 Philippe Herreweghe, principal conductor of the Antwerp Symphony Orchestra, has devoted himself for over ten years to fresh and invigorating readings of the (pre-)Romantic repertoire. Together with the Collegium Vocale Gent, founded in 1970 by Philippe Herreweghe himself, and superb soloists, they perform Dvořák's magnificent Requiem.

Reviews
"When I have seen Philippe Herreweghe conduct I have always been left with the memory of his sensitive musicianship. […] Everything is wonderfully managed under Herreweghe who lets the music unfold naturally rather than driving a more starkly dramatic approach. […] The pliable voices of the soloists are agreeably contrasted and eminently secure. […] Dedicated and impeccably prepared Collegium Vocale Gent cannot be faulted. […] The Royal Flemish Philharmonic [now: Antwerp Symphony Orchestra] plays with lyrical warmth and produces satisfyingly glowing climaxes without ever being in fear of overpowering the vocalists. Not just an early-music specialist, Philippe Herreweghe conducts with a persuasive and moving sense of sacred expression in this rewarding Dvořák Requiem."
MusicWeb International