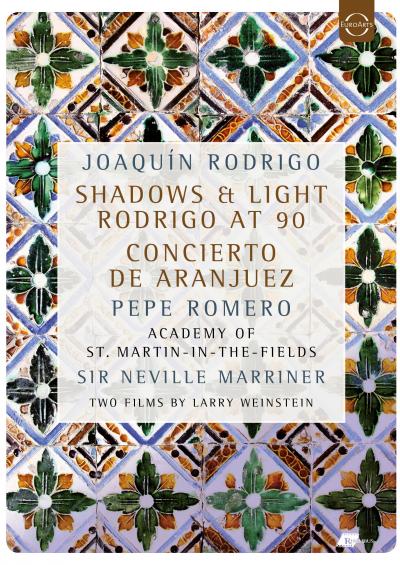 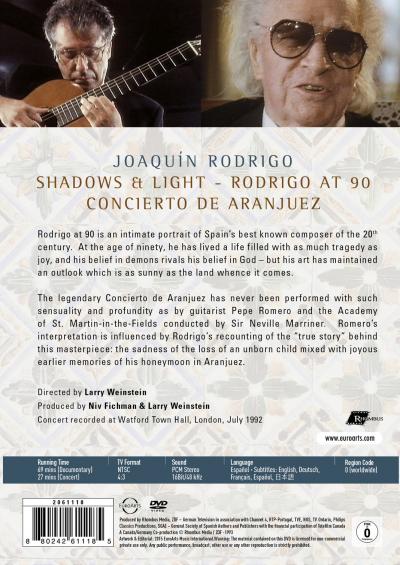 Rodrigo at 90 is an intimate portrait of Spain’s best known composer of the 20th century. At the age of ninety, he has lived a life filled with as much tragedy as joy, and his belief in demons rivals his belief in God – but his art has maintained an outlook which is as sunny as the land whence it comes. The legendary Concierto de Aranjuez has never been performed with such sensuality and profundity as by guitarist Pepe Romero and the Academy of St. Martin-in-the-Fields conducted by Sir Neville Marriner. Romero’s interpretation is influenced by Rodrigo’s recounting of the “true story” behind this masterpiece: the sadness of the loss of an unborn child mixed with joyous earlier memories of his honeymoon in Aranjuez.