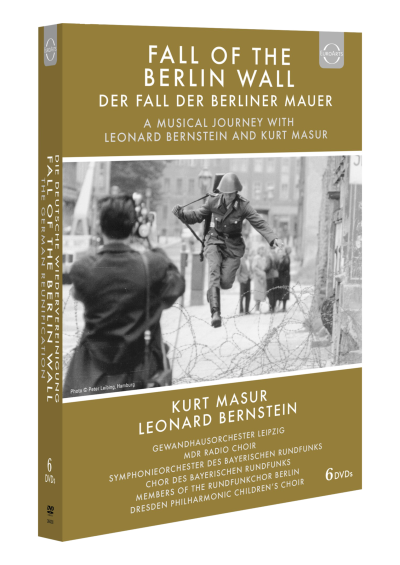 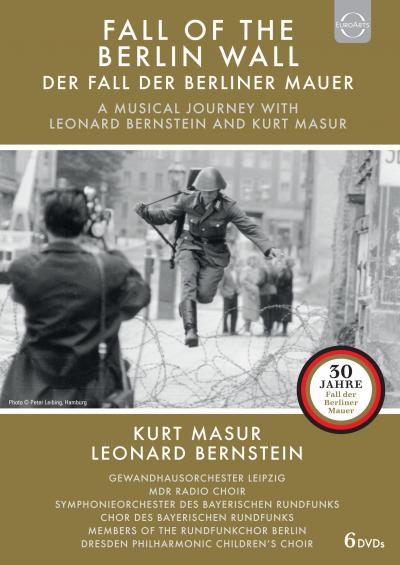 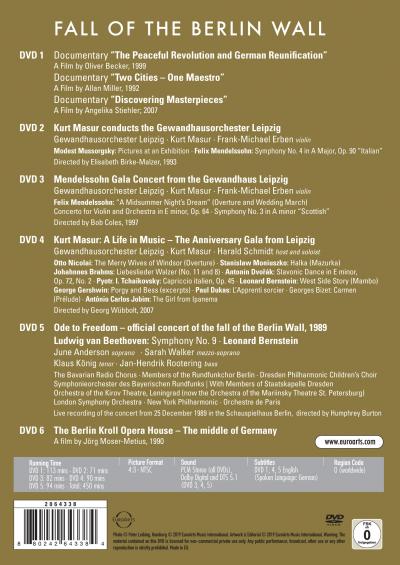 The Fall of the Berlin Wall on November 9, 1989 unleashed a wave of democratisation in Central and Eastern Europe that radically transformed the world order.

This exclusive DVD box is being released in celebration of the 30th anniversary of the Fall of the Berlin Wall. Kurt Masur is not only renowned for being one of the greatest conductors but also for his significant role during the Peaceful Revolution in Germany and the Fall of the Wall in 1989. This DVD box includes two documentaries about Kurt Masur’s role during the Peaceful Revolution and three of his legendary concert performances.

Including the historic Leonard Bernstein concert “Ode to Freedom” in Berlin in celebration of the Fall of the Berlin Wall in 1989. The documentary The Berlin Kroll Opera House – The Middle of Germany produced by Jörg Moser-Metius (winner of the Silver Bear at the Berlin International Film Festival) tells the remarkable story of the famous Kroll Opera House via historical footage and eyewitness reports while drawing important connections to the present day. The film captures the architectural, political and social developments at the centre of Berlin as a place where “German history became manifest".

Mussorgsky: Pictures at an Exhibition

Mendelssohn: Symphony No. 4 in A Major, Op. 90 “Italian”; “A Midsummer Night’s Dream” (Overture and Wedding March); Concerto for Violin and Orchestra in E minor, Op. 64; Symphony No. 3 in A minor “Scottish”

Jobim: The Girl from Ipanema