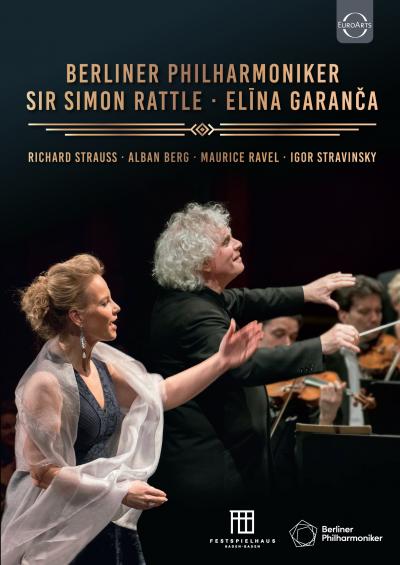 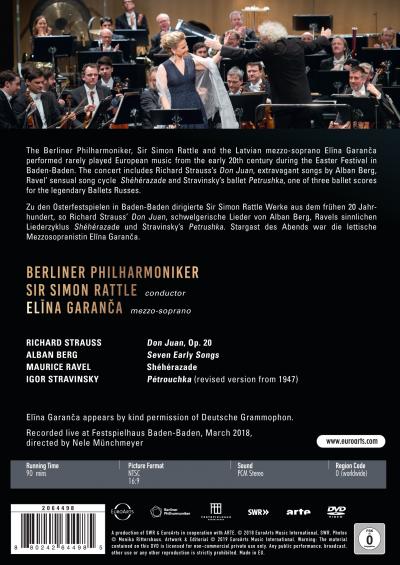 At this concert performance from the Easter Festival in Baden-Baden, the Berliner Philharmoniker, Sir Simon Rattle and the Latvian mezzo-soprano Elīna Garanča performed music from the early 20th century.

The Seven Early Songs by Alban Berg were youthful works from the early twentieth century which Berg later revised and orchestrated. Maurice Ravel’s three-part cycle Shéhérazade was premiered in 1903, the protagonist is the famous storyteller from the One Thousand and One Nights collection of tales. With Petrushka Stravinsky captures the colour of a nineteenth-century Russian fair. Richard Strauss’s Don Juan is characterized by a combination of youthful temperament and astonishing compositional self-assurance.