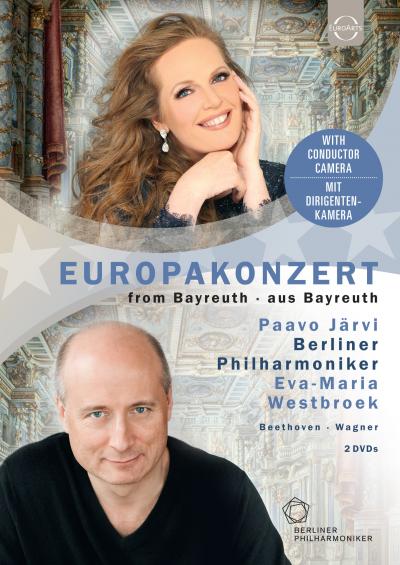 The venue for the 2018 EUROPAKONZERT is an architectural gem: the Markgräfliches Opernhaus in Bayreuth, one of the few remaining original Baroque theatres, which was declared UNESCO World Heritage site. Joining the Berliner Philharmoniker are Paavo Järvi, who has earned a reputation as one of the most interesting conductors of our time, and soprano Eva-Maria Westbroek.

Live from the Markgräfliches Opernhaus, Bayreuth, 1 May 2018, directed by Henning Kasten