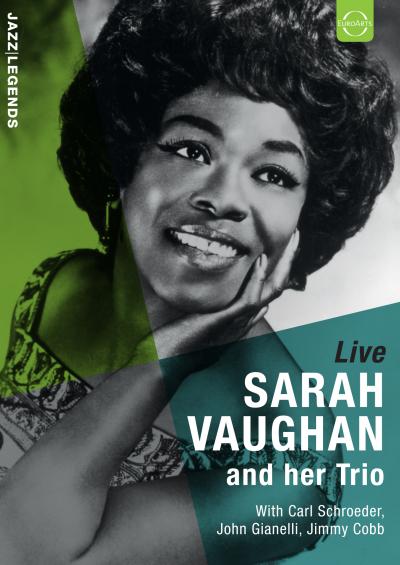 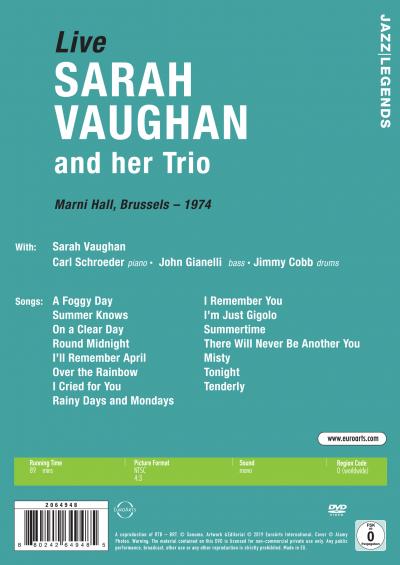 The trained pianist and occasional organist, Sarah Vaughan ranks among the Big Four of female jazz singers, alongside Bessie Smith, Billie Holiday and Ella Fitzgerald. Her early formal education on the piano has influenced her vocal technique significantly. Her voice easily spanning a range of three octaves, her rhythmic flexibility and her ability to integrate alternating harmonics in her phrasing have gained her the nickname The Divine. She could sound like anything, from a pop singer to a jazz singer or a classical soprano all on one evening or even in only one song and she could create bebop lines with her voice that sounded just like those from a solo instrument. It was in the 1970s in particular that her accompaniment could take the size of a symphony orchestra, but on this recording from 1974, we can hear her in her most favored line-up: the small and intimate combo made up of piano, bass and drums. Jimmy Cobb, well known since Miles Davis’ Kind of Blue days, appears on drums next to Carl Schroeder on piano and John Gianelli on bass. They all perfectly understand to cut back on self-centered solo efforts to let the star shine. While Sarah Vaughan’s discography is extensive, video recordings are very rare, which makes this recording from Marni Theatre, Brussels not only a collector’s item for Sarah Vaughan fans, but also for any Jazz fan, who truly wants to grasp Sarah’s simply divine stage presence.