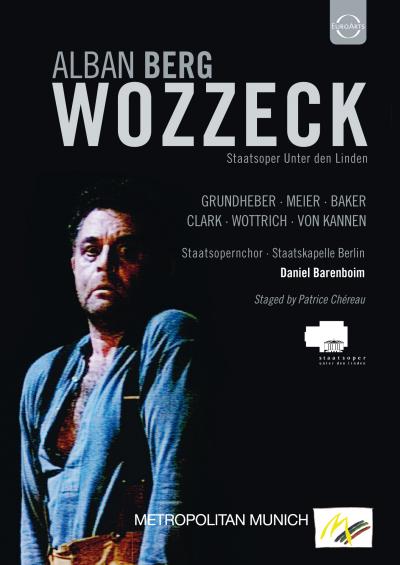 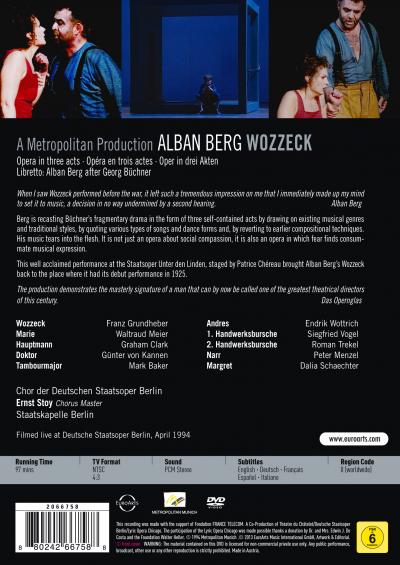 Alban Berg is recasting Büchner’s fragmentary drama in the form of three self-contained acts by drawing on existing musical genres and traditional styles, by quoting various types of songs and dance forms and, by reverting to earlier compositional techniques. His music tears into the flesh. It is not just an opera about social compassion, it is also an opera in which fear finds consummate musical expression. This well acclaimed performance at the Staatsoper Unter den Linden, staged by Patrice Chéreau brought Alban Berg’s Wozzeck back to the place where it had its debut performance in 1925.