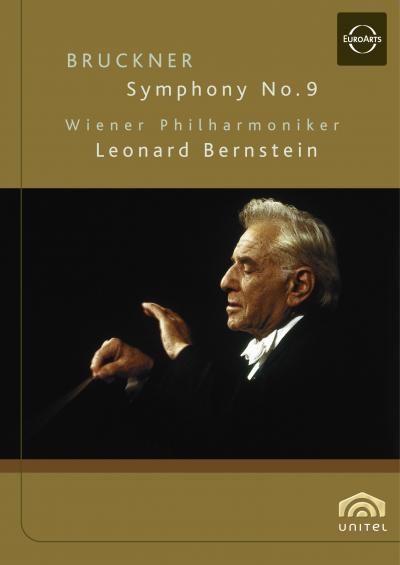 This live performance – which drew superlative reactions from critics and audience alike – was Leonard Bernstein’s way of taking leave of Vienna only half a year before his death. Recorded at the Grosser Musikvereinssaal in spring 1990 in his last concert with the Vienna Philharmonic, this concert night is very much part of the legacy that the famous musician left to an orchestra he had loved deeply since first conducting it in 1970.
Leonard Bernstein (1918-1990) leads the Vienna Philharmonic in a revelatory performance of Bruckner’s Symphony No.9 – a work that is, in equal measures, both vivid historical testament and extraordinary musical achievement. This concert joined an orchestra well versed in playing Anton Bruckner (1824-1896) and a conductor, who had so far recorded the work only once before, in their quest for the core of the music. They brought supreme elegance and idiomatic naturalness of the playing to Bernstein’s interpretation of Bruckner’s Ninth and the result is this masterly DVD recording which shows orchestra and conductor as they together bring the magnificent music to life with audible enjoyment.