Beethoven: Symphony No. 9 "Ode to Freedom" 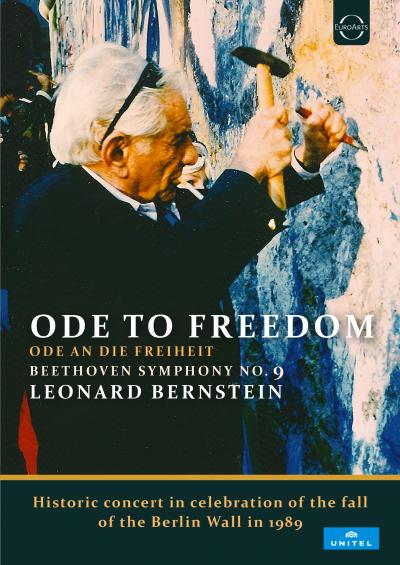 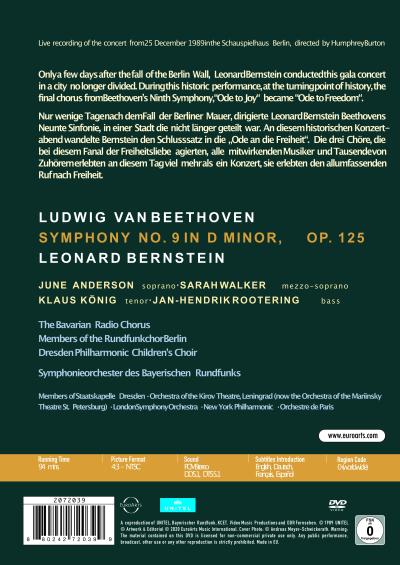 Leonard Bernstein’s historical concert in celebration of the fall of the Berlin Wall in 1989 has long become almost as legendary as the revolutionary moment that it celebrated.

Recorded at the beautiful Schauspielhaus right on Gendarmenmarkt in the centre of Berlin on Christmas 1989, it has now become available on DVD, along with a short documentary film as bonus. The fall of the Berlin Wall on November 1989 unleashed a wave of democratisation in Central and Eastern Europe that radically transformed the world order and Leonard Bernstein spontaneously accepted an invitation to conduct a performance to mark this new era.

It was only fitting that East Germany’s new-found freedom should be celebrated with Beethoven’s Ninth Symphony. The monumental work, perhaps the world’s most famous Symphony, was inspired by Schiller´s poem “Ode to Joy”, a passionate eulogy to freedom. Adding to the symbolism of the event, Bernstein conducted an orchestra and chorus formed from musicians from both East and West Germany (Bavarian Radio Symphony Orchestra, Staatskapelle Dresden), as well as the United States (New York Philharmonic), Great Britain (London Symphony), France (Orchestre de Paris) and the Soviet Union (Orchestra of the Kirov Theater).