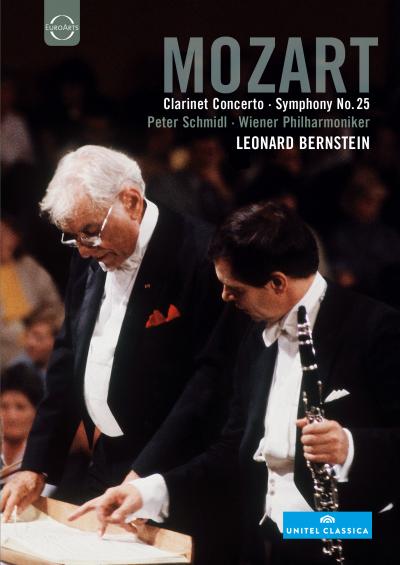 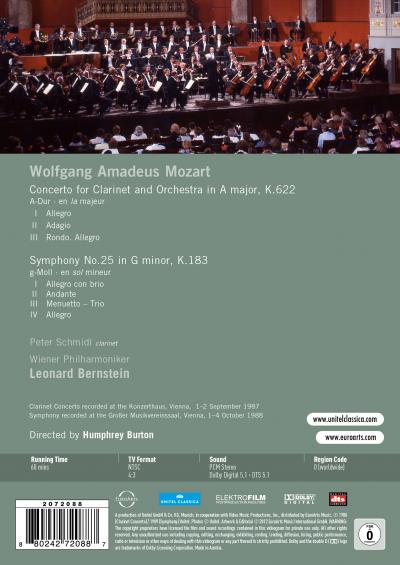 EuroArts presents an all Mozart programme to be released in celebration of Mozart’s Anniversary Year. On this DVD, recorded live in Vienna in 1987 and 1988, Leonard Bernstein (1918-1990) leads the Vienna Philharmonic, an orchestra that had remained close to his heart since their first encounter in 1970, in performances of some of Mozart’s most popular works. The Concert recording features the much-loved Clarinet Concerto performed by Peter Schmidl, the orchestra’s principal clarinettist, along with the 25th Symphony, which was composed in 1773. The first movement of this symphony - Allegro con brio - is a joyful piece of instrumental music, well known as the score for the opening sequence of the film Amadeus. Leonard Bernstein, a wonderful musical communicator and one of the 20th century's most versatile and articulate conductors, guarantees great Mozart performances full of punch and sensibility. This high quality DVD portrays both the orchestra and the conductor as, brimming with enthusiasm and clearly enjoying their performance, they bring the magnificent music alive.