Bernstein Conducts Mozart: Symphony No 39 and Piano Concert No. 17 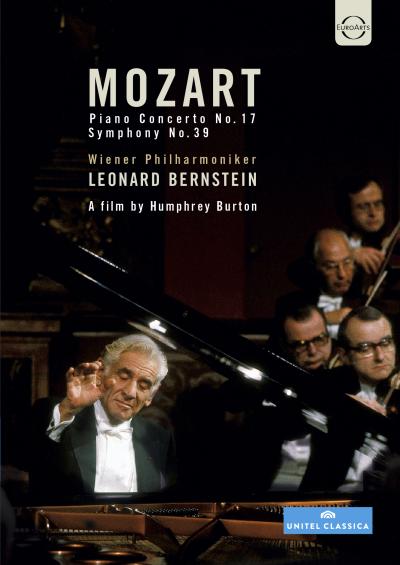 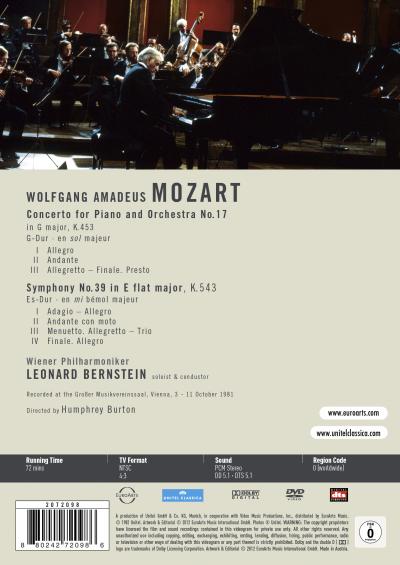 Leonard Bernstein (1918-1990) and the Vienna Philharmonic guarantee great Mozart performances on this high quality DVD recording. Bernstein, a wonderful musician and communicator and one of the 20th century's most versatile and articulate conductors, takes to the piano with his favourite orchestra in an all Mozart programme to be released in celebration of the Mozart Anniversary Year. Bernstein’s Mozart performances were always characterized by a light, playful touch, especially when he himself played the solo piano part. However, as his appearances on the piano became increasingly rare in the later years of his life, this recording from the Vienna Musikverein in 1981 is almost a legacy of his “love-affair” - as critics have called it - with the Vienna Philharmonic. As can be seen on this DVD, both conductor and orchestra visibly enjoy their performance as they bring the magnificent music alive.