Karajan in Rehearsal and Performance 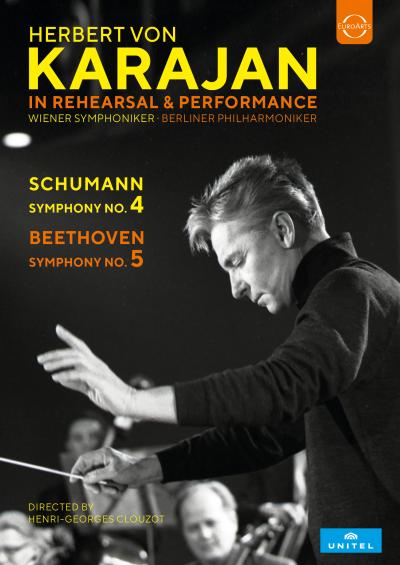 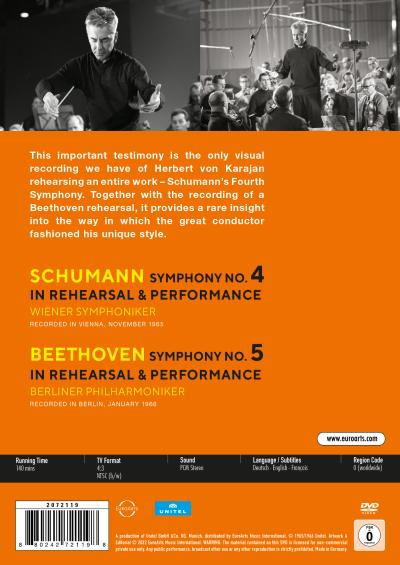 These recordings pay tribute to the legendary Herbert von Karajan. We see the incomparable Maestro in rehearsals and performances of two works that were close to his heart: Schumann’s Symphony No.4 and Beethoven’s Symphony No.5. Recorded in Vienna, in November 1965 and in Berlin, in January 1966 with the Vienna Symphonic and the Berlin Philharmonic orchestras, the film gives revealing insights into Karajan’s rehearsal and conducting practices with two of the world’s leading orchestras. In addition to his role on the podium, Maestro Karajan was also responsible for the thrilling visual effects in the recording: As director he chose Henri-Georges Clouzot, a creator of “films noirs” classics such as “Quai des Orfèvres” and “Wages of Fear” – underpinning Karajan’s role as a pioneer in music filming and introducing innovative filming techniques. The DVD features almost 90 minutes rehearsal including the only visual record there is of Karajan rehearsing an entire work: Schumann’s Fourth Symphony. Both works can also be enjoyed in full in a one-hour performance, offering the viewer the opportunity to follow a masterly interpretation from beginning to end.