Böhm in Rehearsal and Performance 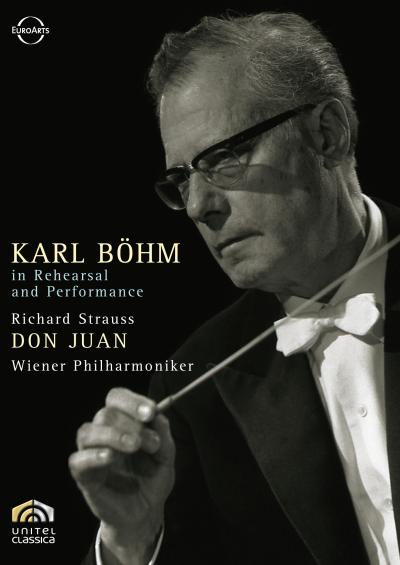 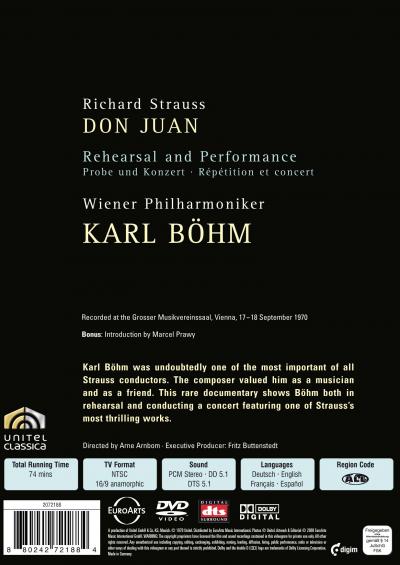 A rehearsal under the Austrian conductor Karl Böhm (1894-1981) was a prospect that prompted distinctly mixed feelings among orchestral musicians in Vienna, Berlin, Bayreuth and New York. He was an uncompromising, expert orchestral trainer and an unassailable musical authority, and his musicians respected and feared him in equal measure. Home viewers now have the opportunity to watch the famous Maestro rehearsing and performing Richard Strauss’ (1864 – 1949) popular tone poem Don Juan. The piece is very compact and demands extreme virtuosity of each and every member of the orchestra, which means that it is perfectly suited to a study of Böhm’s rehearsal methods and conducting technique. When Karl Böhm was appointed general manager of the Dresden State Opera in 1933, he began an intensive and fruitful collaboration with Richard Strauss. He conducted the world premieres of Die schweigsame Frau and Daphne, and became something of an unofficial curator of Strauss’ musical legacy. Karl Böhm knew his friend's music inside out. His command of the orchestral sound, his accuracy and emphasis on just the right sonority, textural clarity and subtlety of rhythm were legendary and he set the standards of Strauss interpretation. On this recording he is joined by the Vienna Philharmonic Orchestra in a 1970 recording made at the Musikvereinssaal in Vienna.