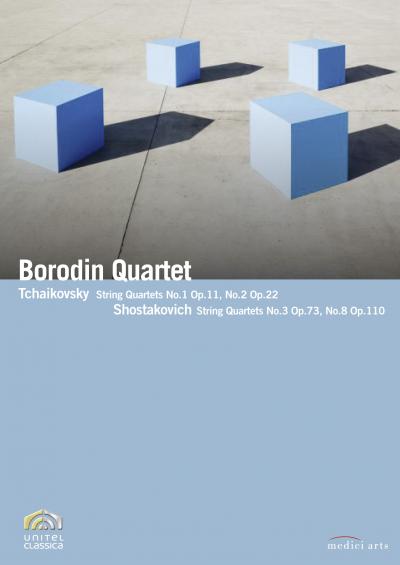 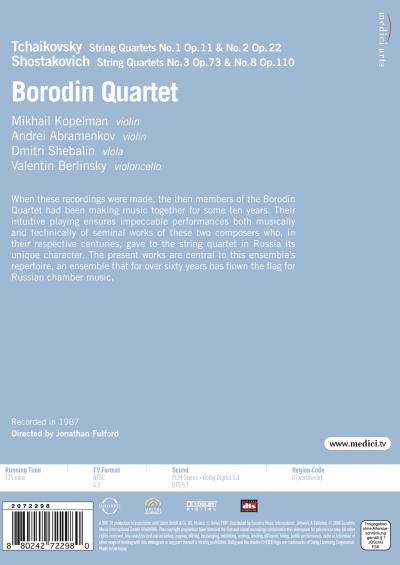 This legendary quartet has been the authority on Russian string quartet repertoire for more than 60 years. Founded in 1945 and renamed in 1955 after Russian chamber music composer Alexander Borodin, the quartet was so sought after, already in their early career, that it played on Stalin’s and Prokofiev’s funeral celebrations in 1953 on the same day! The quartet had a close working relationship with composer Dmitri Shostakovich (1906-1975), who personally consulted with them on each of his quartets. In this two-hour programme – recorded in 1987 – the quartet presents his string quartets nos. 3 and 8, written in 1946 and 1960, respectively. These are juxtaposed by two of the three string quartets written by Pyotr Ilyich Tchaikovsky (1840-1893), works that unjustifiably belong to the less frequently played part of the composer’s oeuvre. As one of the longest lasting string quartets, the Borodin Quartet shine with clarity, unity and beauty of sound, whenever and wherever they perform. This DVD provides the opportunity for a close study of important chamber music by their best and most well known interpreters.