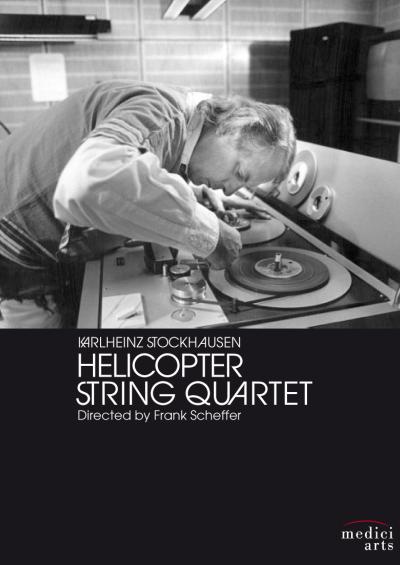 “And the Beethoven! They played Beethoven differently from the way Beethoven had been played before!” Said the composer William Schuman, then president of New York’s Juilliard School of Music, who initiated the Juilliard String Quartet as a resident quartet at the famous music academy in 1946. Today the Juilliards have become a living American legend; they are regarded as one of the greatest of all string quartets, not least on account of their Beethoven recording which received a Grammy Award. This DVD is a unique document of a Beethoven concert they gave at Polling in Bavaria in 1975. It shows the quartet midway through a success story that has now lasted more than six decades. The beautiful baroque library of the former Augustinian Monastery to the south-west of Munich – beloved of chamber musicians for its wonderful acoustic – resounded with three of Beethoven’s numerous quartets, an early piece (op.18 no.4, written in1799), a middle-period work (the first of the three Rasumovsky Quartets op.59, composed in 1806) and one of the late quartets (the famous stream of musical consciousness, op. 131, completed in 1826). The cast still included the now retired first violinist and founder of the quartet, Robert Mann, who always regarded himself as primus inter pares, with particular emphasis on the equality of all four players, and the second violinist Earl Carlyss who holds the colourful view that a string quartet is like a chair with four legs, none of which can be missing if the chair is to remain standing. The New York composer Samuel Rhodes continues to act as the ensemble’s violist, a longevity shared by Joel Krosnick, who in 1976 had been the ensemble’s cellist for two years. The viewer can enjoy – in an idyllic setting - chamber music in its purest form, where communication within the ensemble takes centre stage and there is no place for star allure.