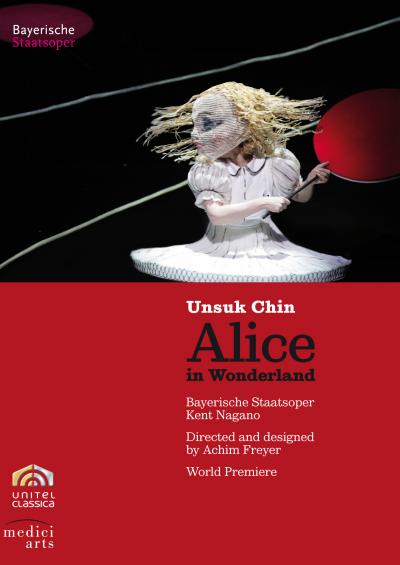 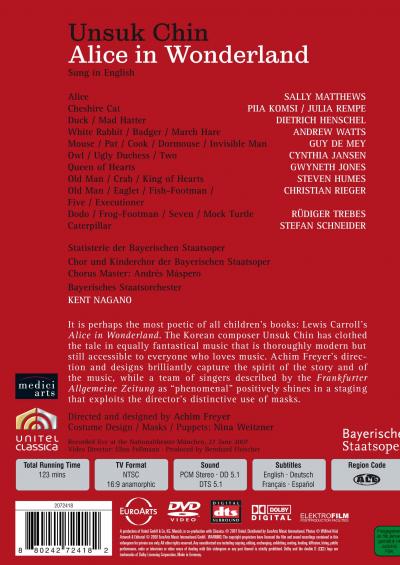 When Korean composer Unsuk Chin’s opera was first performed by the Bavarian State Opera in Munich, it caused a sensation among music critics worldwide. Based on Lewis Carroll’s famous and fascinatingly enigmatic novel Alice in Wonderland, it is a seductive, enchanting, sensuous opera set to a modern, ear-pleasing score – a triumph of creative fantasy. Unsuk Chin was born in Seoul in 1961, studied with György Ligeti in Hamburg and now lives in Berlin. She has an acute ear for instrumentation, orchestral colours and rhythmic imagery. Her compositions are modern in language but lyrical in their communicative power. Kent Nagano, a long-time supporter of Chin’s music, expertly conducted the Bavarian State Opera and a team of wonderful singer-actors including international stars like Dietrich Henschel and Gwyneth Jones. The opera about Alice’s search for her identity - “her reality in the appearance of the world” - as director Achim Freyer put it, switches from delicacy to cuteness to grotesquery and back again. The rather conventional Alice starts following her dreams, meeting a white rabbit that guides her through a wonderland. Alice views it all with amazement and learns – finally returning to the real world, richer for the experience. The phenomenal fairy-tale settings and production were in the hands of Achim Freyer, who created a firework of colour and form. The marvellous costumes and puppets were created by Nina Weitzner, who was named „Costume Designer of the Year“ by the German music magazine Opernwelt for her imaginative designs. And in a survey of the magazine’s opera critics, Unsuk Chin’s opera, which closed Kent Nagano’s first season at the Bavarian State Opera, was hailed as the „World Première of the Year“. This live recording of the premiere in the Nationaltheater in Munich in June 2007 provides a feast of audiovisual entertainment. This amazing theatrical and musical wonderland can now be experienced on DVD!