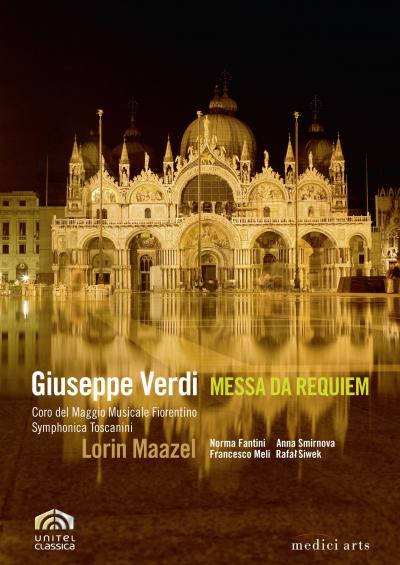 The fiftieth anniversary of Toscanini’s death in 2007 was celebrated with gala concerts around the world, one of the most glamorous events being this benefit concert at the basilica of St Mark’s in Venice. The 11-year-old child prodigy Lorin Maazel once met the Italian maestro in New York, and Toscanini’s legacy left a permanent mark on Maazel as a musician. His tour with the Symphonica Toscanini, called “In the Footsteps of Toscanini”, culminated in two concerts in Venice featuring Verdi’s Requiem, a showpiece of Toscanini’s, and St Mark’s, the birthplace of stereophonic and quadraphonic sound, proved to be an ideal venue for this eloquent and musically impressive confessional work.