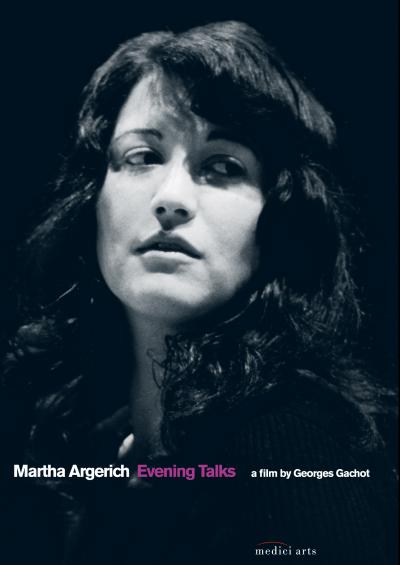 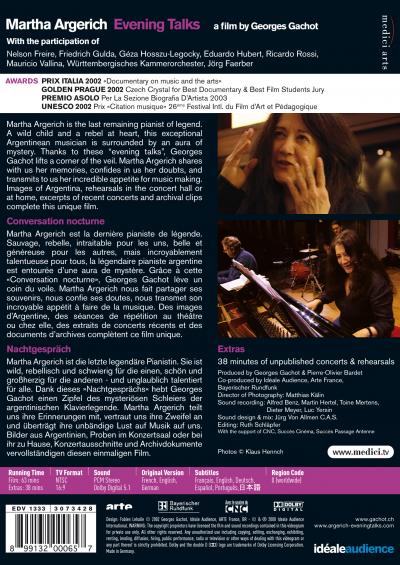 Martha Argerich has long been hailed as one of the greatest and most uniquely imaginative pianists. She is most admired for the pure joy of her music-making and her individual approach to each work, each situation and each audience. A wild child and a rebel at heart, this legendary Argentinean musician has often been surrounded by an aura of mystery during her long career. The "evening talks", a film by Georges Gachot, a French film maker specialised in classical music documentaries, lifts a corner of the veil: Martha Argerich shares with us her memories, confides in us her doubts, and transmits to us her incredible appetite for music-making. Martha Argerich has before admitted to feeling "lonely" on stage during solo performances and now focuses on concertos and duo work. The film also shows her performing with some of her closest musical friends such as pianists Nelson Freire and Friedrich Gulda and in various chamber music settings. Images of Argentina, where she was born in 1941, footage of rehearsals in the concert hall or at home, excerpts of recent concerts and archival material complete this unique film portrait of one of the most consummate artists of our time. This outstanding documentation received several awards in Europe and the US and this DVD features a highly informative booklet including international press articles in original languages and more than half an hour of the original footage for the film in an extras package. An intimate glimpse into the life of a wonderful woman and musician!