Yehudi Menuhin - Violin of the Century 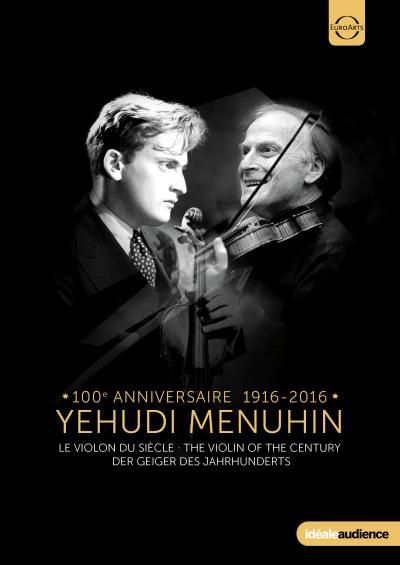 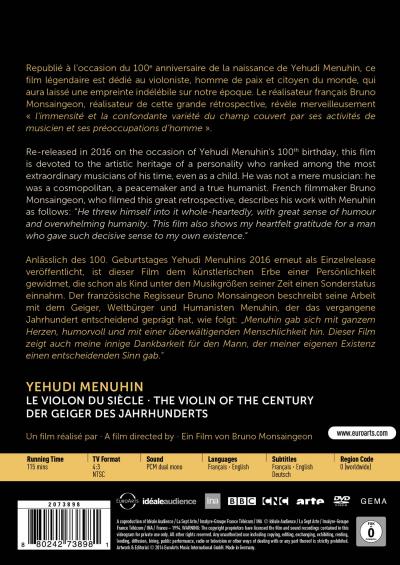 Re-released in 2016 on the occasion of Yehudi Menuhin’s 100th birthday, this film is devoted to the artistic heritage of a personality who ranked among the most extraordinary musicians of his time, even as a child. Menuhin was not a mere musician: he was a cosmopolitan, a peacemaker and a true humanist. French filmmaker Bruno Monsaingeon, who filmed this great retrospective, describes his work with Menuhin as follows: “He threw himself into it whole-heartedly, with great sense of humour and overwhelming humanity. This film also shows my heartfelt gratitude for a man who gave such decisive sense to my own existence.”