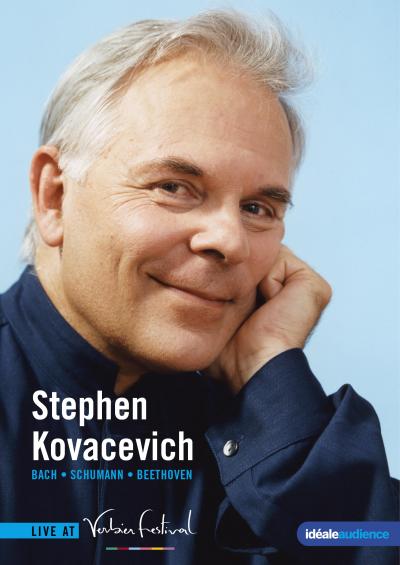 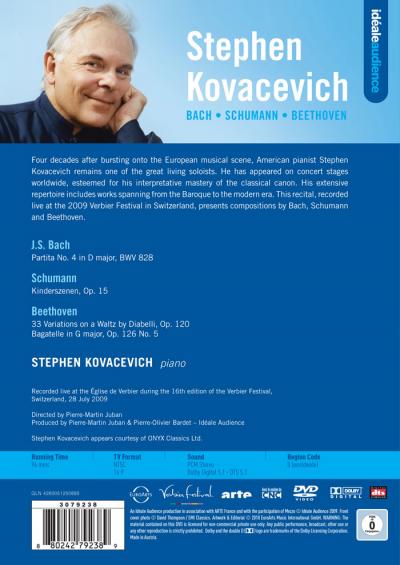 Four decades after bursting onto the European musical scene, American pianist Stephen Kovacevich remains one of the great living soloists, chamber musicians and conductors. Also known as Stephen Bishop, he has appeared on concert stages worldwide, esteemed for his interpretative mastery of the classical canon. His extensive discography includes repertoire spanning from the Baroque to the modern era. This recital, recorded live at the 2009 Verbier Festival in Switzerland, presents works by Bach, Schumann and Beethoven.