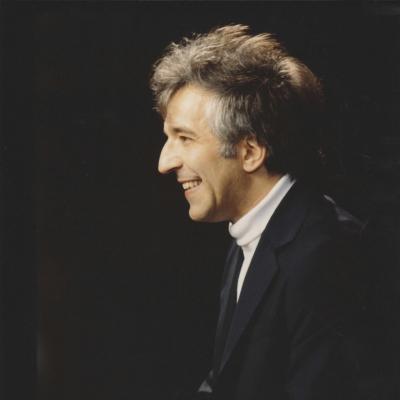 Vladimir Ashkenazy closed the 1984/85 season in London with a recital at the Royal Festival Hall that was regarded by many of those present as a new peak in his musicmaking. If that perception is correct, it is a remarkable achievement in a career that has risen with a notable steadiness since 1962 when he shared First Prize with John Ogdon at the Tchaikovsky Piano Competition in Moscow. Ashkenazy concluded his recital with Schumann's Papillions Opus 2 and the Symphonic Etudes Opus 13 which we had recorded only a few weeks earlier at a public concert which he gave in Lugano in Switzerland. His performances of these pieces have an authenticity and a quality that are as recognisable as they are difficult to describe, and so we quote the complete review of his London concert which appeared on the following morning in The Times.
THE TIMES MONDAY JULY 1 1985
“Solving the performing problems of Schubert's late piano sonatas is not the sort of flashy, easily perceived achievement that brings standing ovations. Rather, it involves the most subtle artistry a player can command; the  precise weighting of each strand in those thick, and often turbulent, textures; the strength of mind to sustain the tautness of Schubert's discursive arguments; most of all, the vision to recognise that in these pieces the pianist must reconcile, even integrate, the heroic and lyrical sides if the audience is to sense their ultimate unity. That Vladimir Ashkenazy can do this extremely well has shown by the way his performance of the great B flat Sonata, D960, held a large audience entranced on a sticky Sunday afternoon, when its solemn lengths could easily have turned soporofic. He resisted the usual cues for melodrama. The bass trills which disturb the first movement's hymn-like serenity, for instance, were literally underplayed, yet there was enough menace in them to set off resonances at the second movement's end, where the bass again threatens with disruptive additions. Similarly in the scherzo, where many pianists opt for playful relief, Ashkenazy maintained a serious approach, but his superbly crisp articulation ensured that the phrases never lost momentum or muscle. He has long had the gift, of course, of achieving by touch and tone alone, the emotional impact which lesser pianists desperately strive to generate by wilful rubato. How naturally he can employ a ripe, Romantic rubato when it is really required, he demonstrated in an all Schumann second half. After the restrained classicism of his Schubert, the extrovert dynamics, more luxurious use of the pedal, and wittily pointed rhythms of Papillons opened new expressive vistas. He seemed, too, to  accentuate the whirlwind variety of these ballroom scenes by running movements together without pause. Even this, though, hardly prepared one for the many touches of high poetic imagination and technical virtuosity he brought to the Etudes symphoniques. Ashkenazy included the five "posthumous" variations (which are of a quality that should surely earn more regular inclusion), for which one readily forgave his rather inconsistent policy towards repeat markings. Here was a gradual unbuttoning of rich pianistic fantasy, incorporating some delectably smooth passagework in  the arabesques of the Chopinesque variations, and culminating in a magnificent rampage through the dotted rhythm fiesta of the finale.” - Richard Morrison