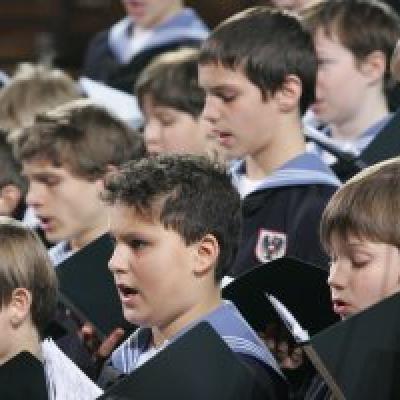 Since its founding over 500 years ago the Wiener Sängerknaben, a.k.a. Vienna Boys' Choir, has been a fixed attraction in musical life. A number of important musicians have been connected with the famous choir. Joseph Haydn, and Franz Schubert for example have been members themselves. Not to forget about W.A. Mozart, who composed several music for the choir. On January 27, 2006 – the day of the composer’s 250th anniversary, the Wiener Sängerknaben celebrate Mozart with this concert from the Stephansdom Vienna. The Radio Symphonieorchester Wien plays under the baton of Bertrand de Billy, soloist is the French soprano Sandrine Piau.