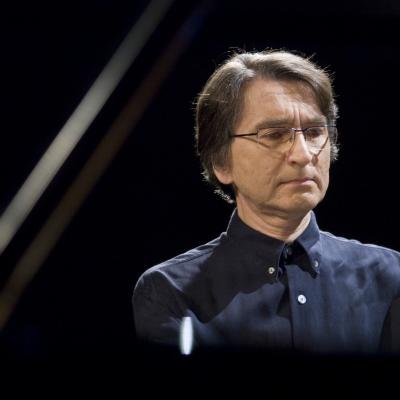 Should it be true that J.S. Bach actually composed the Goldberg Variations as a sleeping aid for Graf Keyserlingk, then Evgeni Koroliov, born 1949 in Moscow, must have succumbed to a misapprehension. The further he proceeds in the series of variations of this colossal opus, the more wide-eyed the audience turned out to be. Koroliov’s performances of Bach’s music usually arouse great excitement and his rendering of Bach’s famous Aria and 30 variations is no exception. The breathtaking intensity develops out of his natural virtuosity. Koroliov is a consummate artist and he convinces his listeners through an enormous spiritual understanding of the works he performs and in whose service he puts the wide range of his artistic and interpretatory abilities. In a cooperation with the Bachfest Leipzig, EuroArts has produced a recording of an exciting recital with this extraordinary phenomenon on the international piano scene – the best way to experience a famous yet demanding and certainly immensely important work by Bach.