Gidon Kremer and Martha Argerich: Memory of a Concert 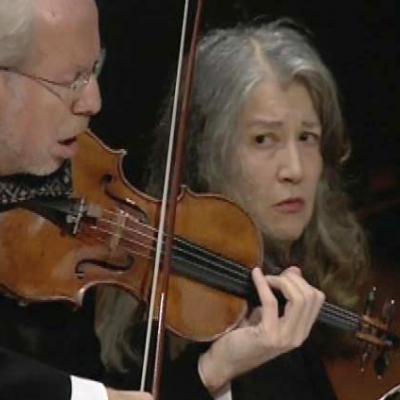 “We are not a couple in the traditional sense. And that is exactly what is so paradoxical – a musical couple can become even more intimate with one another than a couple in love”. This is how Gidon Kremer describes his long partnership with Martha Argerich. In 2006, these two exceptional musicians set out on tour performing solos and duets by Bartók und Schumann. The last of the concert series at the Berliner Philharmonie has been recorded for this film, featuring a rare solo performance by Martha Argerich. A concert film with personal and moving commentary by Gidon Kremer.