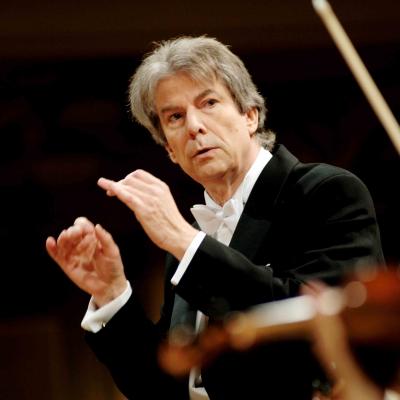 Born in Dresden in 1943, Hartmut Haenchen was almost two years old when Dresden was bombed on the 13th of February 1945. Raised in the post-war German Democratic Republic and grown up in ruins he developed his musical skills. Despite the East German regime’s restrictions, Haenchen was granted permission to work with the finest ensembles in the West, including the Berliner Philharmoniker and the Concertgebouw Orchestra. In 1986 he moved to the Netherlands where he started his “second” career. Soon he became Music Director of both of the Netherlands Philharmonic and De Nederlandse Opera. Particularly renowned for his works by Richard Strauss, Mahler and Strauss, the ‘Opernwelt’ called Haenchen “[…] undoubtedly one of the great Wagner conductors of our time.”